A lot of work goes into Cirque Show production 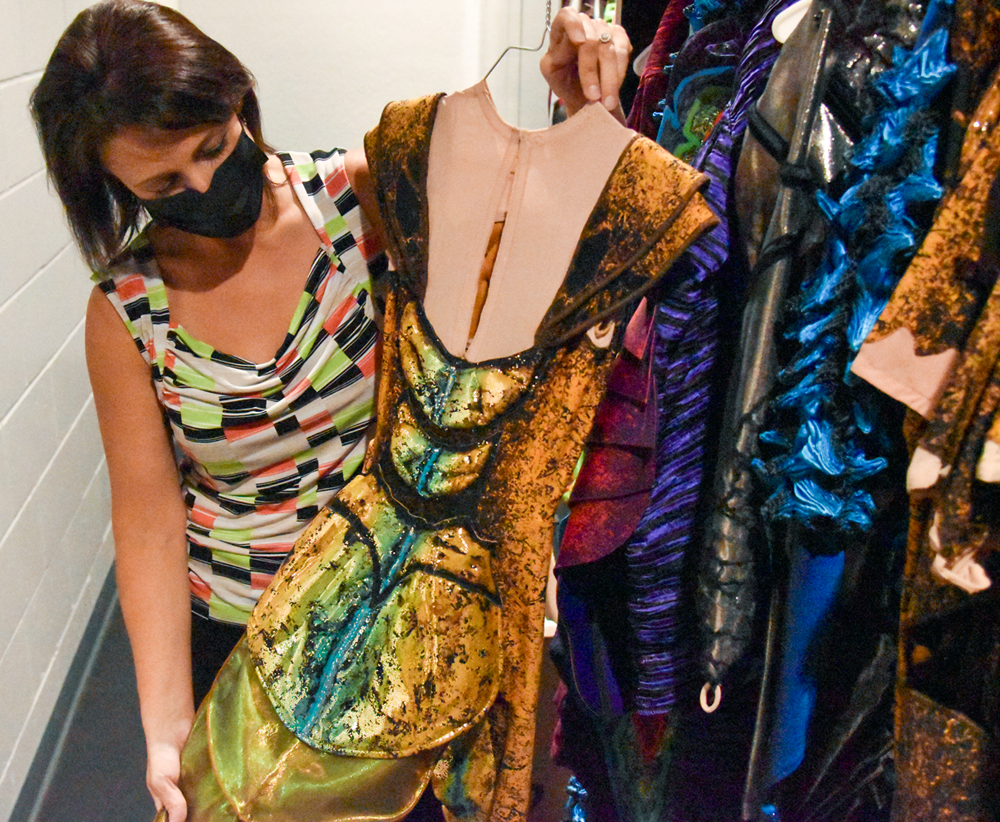 A lot of work goes into Cirque Show production

When seeing the bright lights, acrobatic excellence, and sheer number of people on and behind the stage of a performance like Cirque du Soleil’s OVO, the result looks nothing but effortless.

However, before and after the curtain falls, every member of cast and crew is hard at work making sure the next performance seems just as effortless, whether it’s in the same place or in the next city.

“We tour at a very fast pace, we change cities every week,” said Janie Mallet, Touring Publicist with OVO, which at the time of writing is currently performing at Medicine Hat’s own Co-op Place. “We go into existing buildings like this one. So we will come in with our 20 semi trucks, bringing everything that we need; everything for the stage, everything for the lights, video projection, sound, the backstage training area, everything the technical department needs… everything.”

After the final show in an area, OVO can be packed up and out the door in as little as four hours, said Mallet, and what set-up looks like varies largely depending largely on the space that’s available to them. In the case of the Co-op Place, this means that the loading dock was being converted to a gym, on top of the acrobatic practice equipment that’s just behind the stage.

All of this equipment is much needed, due to the high level of skill required to be a performer for Cirque du Soleil.

This marks his fifth show with Cirque du Soleil, and he has been travelling with them since 1998.

“Each show has a different flavour, and ovo has a very animated show. The people that are coming to the show usually feel very empowered, and energized after seeing the show,” said Lima.

To support all of these professional athletes, the team has performance therapists that travel with them, as well as a local massage therapist that they bring on in every city to keep every performer in top shape with this many shows.

“It’s not a sprint, like a competition, that’s a one day thing. It’s a marathon, we’re full time touring. And you need to make sure that you treat your body properly,” said Mallet.

Beyond the performers themselves, the work behind the stage is never done, keeping the props and costumes in perfect shape.

“We travel with washing machines,” said Mallet, “We have so many costumes; in each show, we have close to 1000 pieces of costume. Not full costumes, but 52 artists, close to 1000 costume pieces that all need to be washed. So on Saturday, we have two shows that’s close to 2000. And so washing machines are absolutely a must even if most arenas have their washing machine, we use the sixth at the same time. Yesterday when they came in, they did 36 loads of laundry just to be ready for the premiere.”

Further back, repairs made to costumes that have been subject to wear and tear seem to never end, due to the high level of activity done in each one, be it the heavy, spiked ensemble of the blue fly or the light bodysuits worn by the flying scarabs to allow for maximum mobility.

“We have a wardrobe team of four. They will inspect the costumes daily, they’ll wash them, they’ll repair them, sometimes even make some pieces on the road,” said Mallet. Each performer does their own makeup, which often takes them roughly forty-five minutes to an hour to achieve.

The stage itself is built out of approximately 220 interlocking pieces, which they build at every arena they come to, and tear down to load back into the trucks, said Mallet. On top of that, they bring countless pieces of acrobatic equipment, from the seed-shaped platform where their contortionist performs to the Russian Cradles used by aerial acrobats.Behind the stage, the whole show is shown to the actors to help with queues, and filmed so that it can be reviewed for tweaks and improvement.

“We will make our dreams come true. You know, as a child, we wanted to empower people through some things and for me, it’s performing,” said Lima. “​​It’s wonderful.”