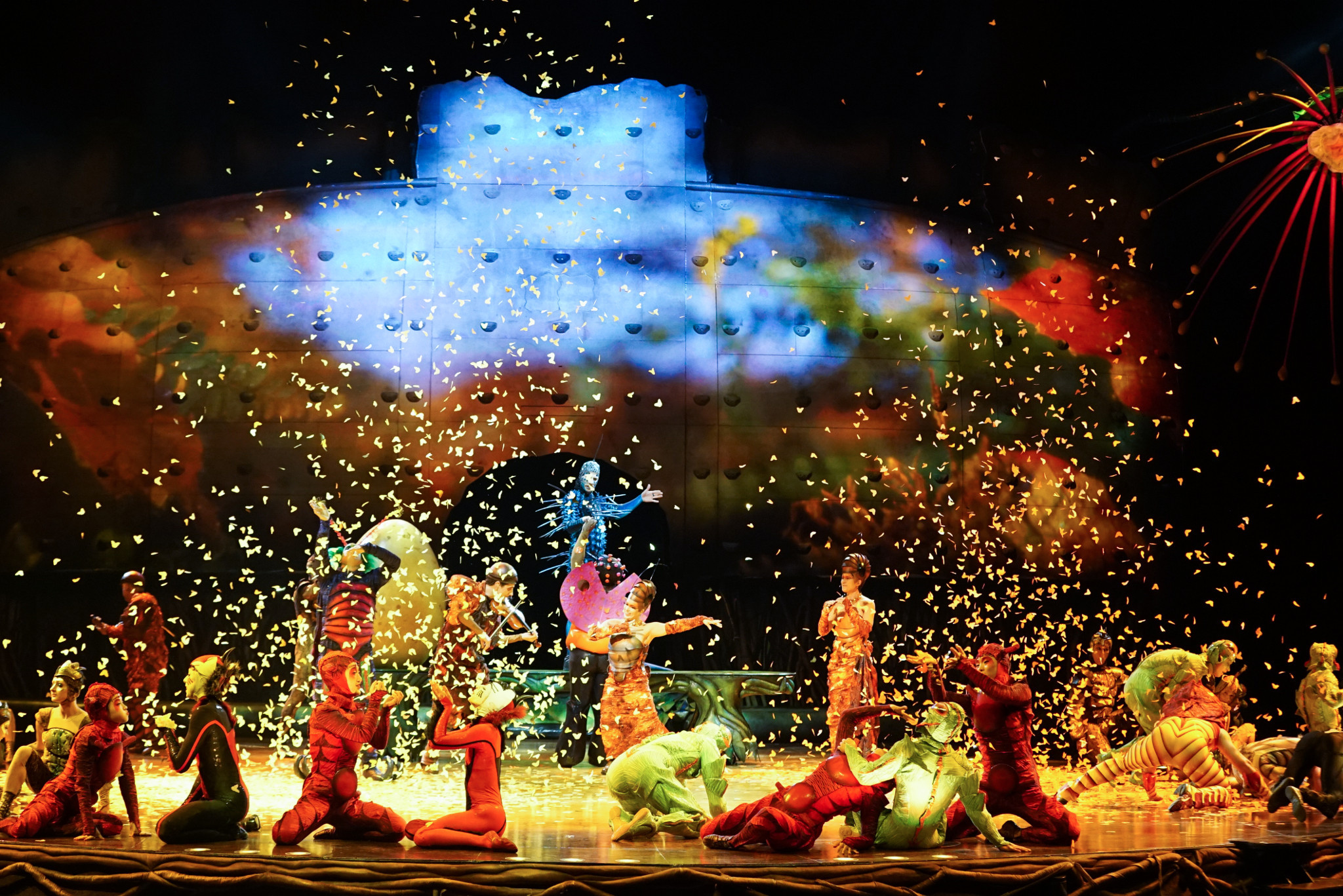 Photo contributed The evening performance was bright and colourful.

It only just barely feels like an exaggeration to say that Cirque du Soleil’s arena performance, OVO, is a life changing experience.

Seeing it performed at Medicine Hat’s Co-op Place was, despite knowing it will be performed several more times on subsequent nights and likely more in the next city on, seems like a an opportunity that will only come once.

The music and use of colour is vibrant and clear in the Brazilian inspirations, from the lyrics perfectly performed by the “cockroach” songstress that accompanies so many of the acts, to the infectious drum rhythms in the quicker-paced performances such as the cricket’s wall and almost mournful backing to the butterflies and their aerial straps.

The fact that these musicians are live and in the moment only add to the experience, knowing when to hold off on a cue just a moment longer to account for audience laughter or applause, of which there was much of both during the premiere in Medicine Hat.

The visual effects, and especially the costumes, manage to capture the feeling of the insects without teetering into the uncanny; the movements and acts of the spiders make their intended species clear, the subtle details of their costumes enhancing the effect without having to scream “this is a spider” to the audience with an excess of limbs or eyes that could have hampered the performer’s abilities.

The use of projected images onto the back wall, as well as colourful lighting, only continue to help add to the sense of scale, bringing the audience down to size to properly appreciate the expertise and trials of the colony.

These abilities themselves, as one can expect from any Cirque du Soleil show, make the nigh-impossible look effortless. Even when staring through the net designed to catch the flying acrobats, it can be easy to forget that these seeming superhumans could ever truly fall, a feeling that carries long after the net has been removed but fleas and arachnid enchantresses still balance on swings or nearly vertical walls.

OVO is somewhat unique in terms of stories, as there is no spoken language used save for the title itself and a few auditory gags, which, fittingly, is only used to refer to a large prop egg that drives much of the plot as it concerns the colourful colony of bugs.

Instead, speaking actors; being the ladybug, as well as the blue fly and scarab clowns, speak entirely in a shockingly consistent nonsense language, which despite having no coherent words, manages to convey the struggles of the search for the fly’s stolen egg, as well as the struggle to court the spirited and flirtatious invertebrate of his dreams; it seems it isn’t easy being blue.

Overall, regardless of your feelings on actual “creepy crawlies,”  these animated and energetic insects are hardly going to bug you, and seeing them at work and play is far worth the price of admission.