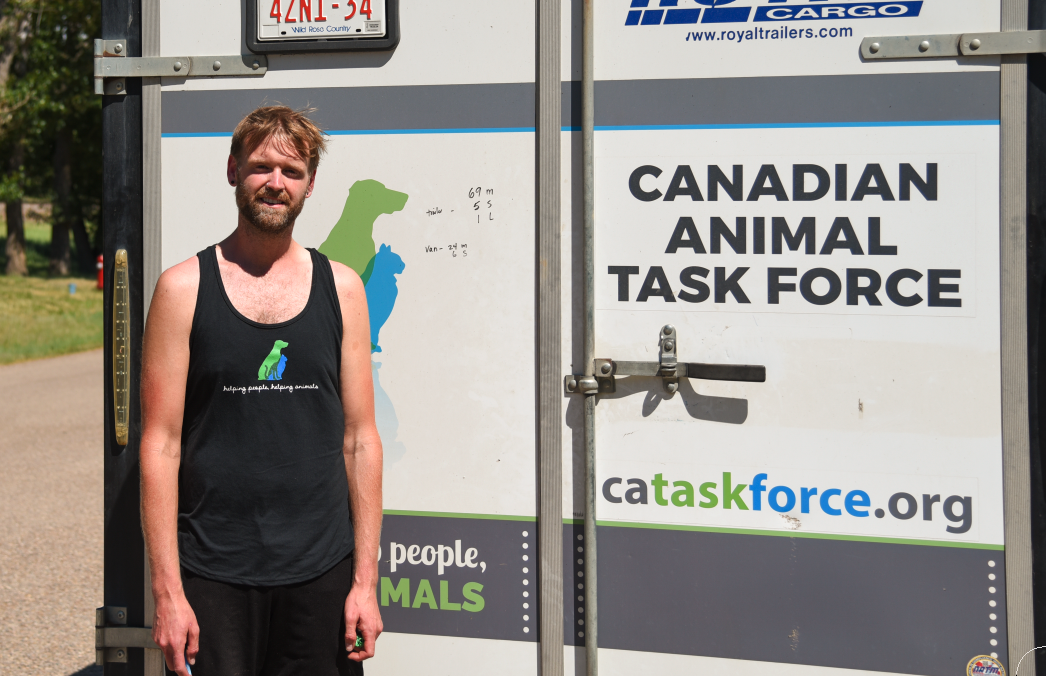 The task force was in southeast Alberta in the summer of 2021.

Not only have feral cat populations been an issue for years, there haven’t been proactive programs in place to address the problem. Trapping and destroying cats isn’t humane and becomes an endless cycle.

The task force visited Cypress County twice in 2021, holding clinics in Walsh, Irvine, Suffield and Redcliff. During the first clinic in June, 115 cats had surgery, and 92 were surrendered (for adoption). In September, 165 had surgery and 119 were surrendered.

The cats get spayed or neutered, vaccinated (rabies and three-way feline), treated for external and internal parasites, and are provided with permanent identification. The ID involves a tattoo in one ear and a portion of the other ear removed. This provides a visible indicator of animals that have been sterilized for when the task force returns.

Healthy cats where someone is providing food and water are returned to the community. Friendly cats or kittens that people would like re-homed are taken in and transferred to various partner organizations.

“Removing feral cats is not a solution because new cats always move back in. What we found is a stable, feral population of cats prevents the cat population from increasing but also the cats still serve a purpose. It is often what we hear from small communities is they don’t have an issue with mice,” stated Bailot.

Prior to a clinic, local social media platforms, flyer distributions and/or the local paper are used to inform the community when the task force will arrive. All cat owners are requested to keep their cats indoors on the day of the clinic to avoid them being caught, although all captured cats are scanned first for a tattoo or microchip. Those who know of, or are caring for, feral cats can complete a questionnaire so task force teams know areas to focus on and are able to connect with those in the community who are providing some level of care for the cats.

Bylaws not allowing cats outside are unsuccessful according to Bailot.

“People continue to allow their cats to go outside. Many cities will put in licensing programs for cats, but again, all you are doing is addressing already responsible pet owners,” said Bailot. “Most cats don’t wear a tag, and to be honest I wouldn’t suggest they do. A microchip or tattoo is all that is needed to return a pet home, and we feel that if licensing is put in place there should be a waived fee for responsible pet owners whose cats are fixed and have permanent ID.”

Everyone involved in a clinic provided by the task force are volunteers – the techs, vets and those capturing and releasing the cats. The costs related to the service they provide, such as for drugs, has gone up substantially and continues to increase.

The municipality usually partially funds the clinic, and the task force covers the rest of the costs by fundraising twice a year.

“It’s our responsibility because we screwed up by not spaying and neutering our cats, so this is where we are at,” said Layla Vickerman, a resident of Cypress County.