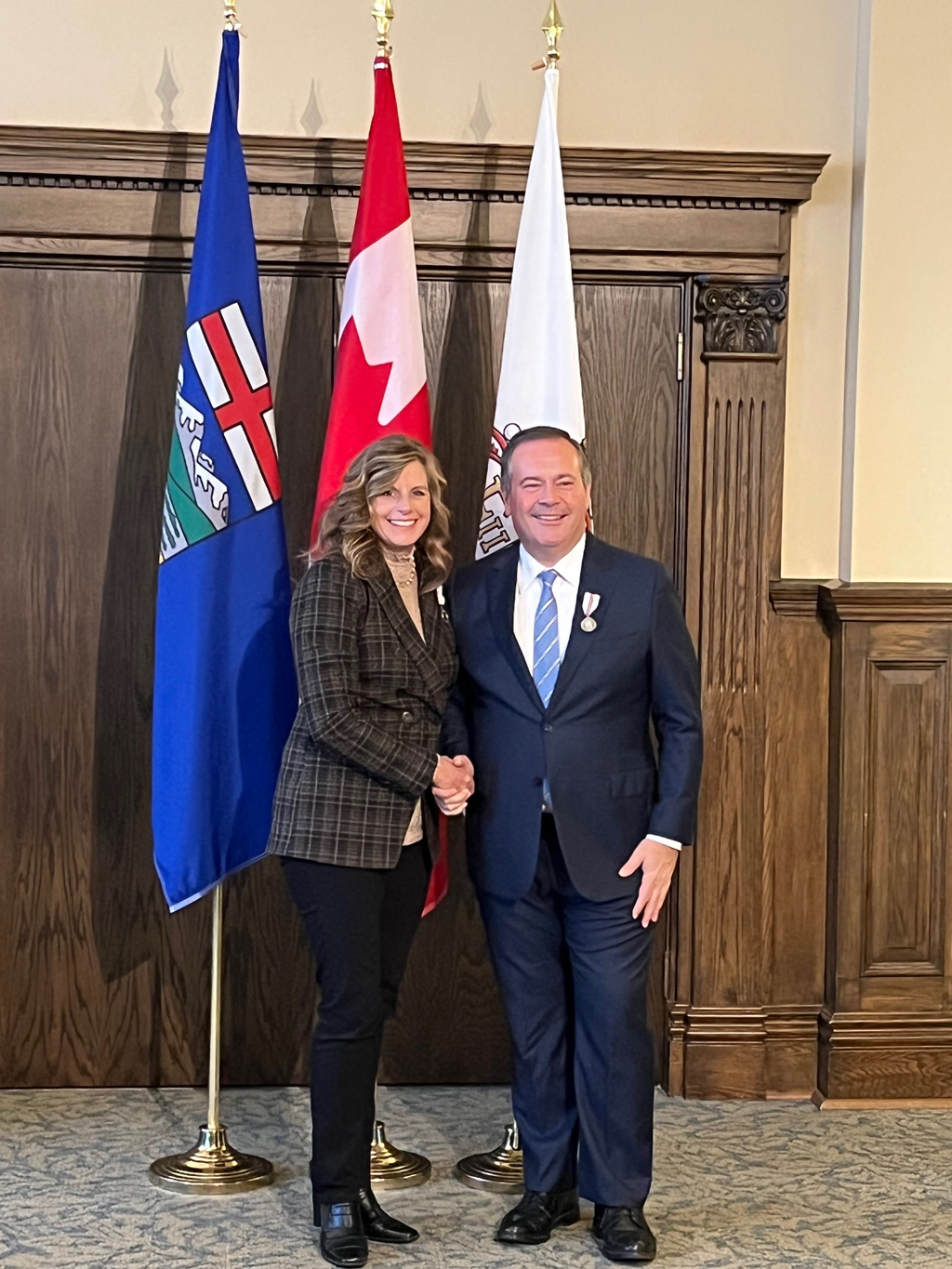 Nichole Neubauer with Jason Kenney being presented with the award. Submitted photo by Mark Neubauer

7,000 Albertans will receive the medal as a symbolic recognition of the Her Majesty’s 70th anniversary and based on the number of Albertans recognized in the 2005 Alberta Centennial Medal and the 2012 Diamond Jubilee Medal Program. Some Albertans who have already demonstrated their contribution to the province, such as MLAs, Indigenous leaders, as well as members of the Alberta Order of Excellence, will receive the medal automatically.