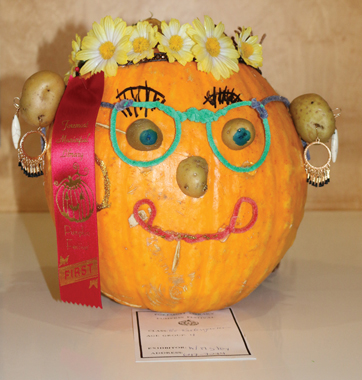 By Jamie Rieger
The annual Foremost Municipal Library’s pumpkin festival is its only fundraiser of the year and raises money for items such as magazine racks, things for the Kids Corner, and operational expenses.
Bruce Hillis, chair of the Foremost Municipal Library board said some projects have been completed, but there is ongoing improvements happening at the library.
“The Kids Corner has already been fixed up and the money raised now will be used for things like magazine racks to enhance the displays,” said Hillis, adding that they have ordered a rack for CDs that is costing $1,500.
More than 60 items were donated for the live auction, including art work, vegetables, handicrafts, and household items. Dozens more items were donated for the silent auction.
“There has been a tremendous amount of support from the community, local businesses, and from the Hutterite colonies. Five colonies have donated items. The Hutterites are heavy users of our library,” he said.
The Friends of the Foremost Library foundation provided the supper for the event.
“The library foundation was established so they can do casinos as fundraisers,” said Hillis.
Besides the live and silent auctions, a pumpkin-growing contest was held. Participants were given seeds earlier this year and Marla Berg said entrants were up.
“We had quite a few entries and quite a few heavy ones. The community really comes out and supports this,” said Berg.
The heaviest pumpkin winner was Ainsley Hazell, whose pumpkin weighed in at 72 lbs.
Hillis also noted that they are currently looking for two more library board members.
Anybody interested can contact Hillis at 403-867-2938. 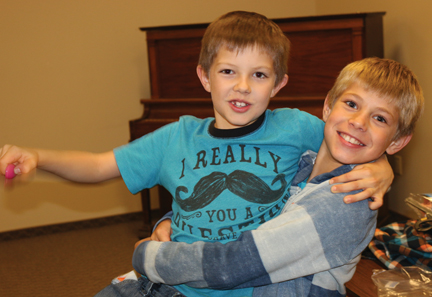 Jaxson Snortland and Julian Laqua had fun in the Kids’ Room at the pumpkin festival. 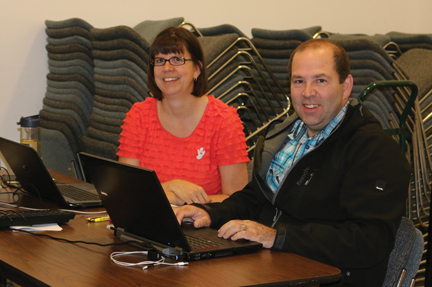 Heather Walsh and Nathan Ogden work the numbers behind the scenes. 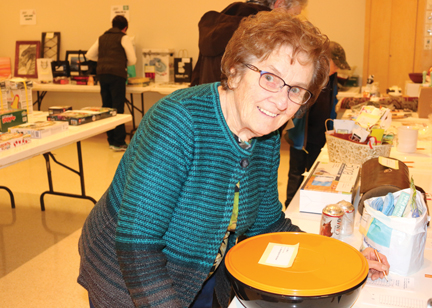 Steva Hougen places a bid for an item in the silent auction.