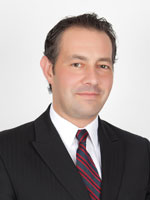 While continuing regular constituency work, Jim Hillyer, Member of Parliament for Medicine Hat – Cardston – Warner, is on temporary medical leave from his House of Commons parliamentary duties.
“Due to the unexpected reoccurrence of a medical condition requiring orthopedic surgery (February 13), followed by daily outpatient treatments, I will be working from the constituency over the next few weeks,” he stated.
With meetings and events filling up his riding schedule, along with receiving regular parliamentary issue updates from the Opposition Leader and colleagues, Hillyer expects it to be, “business as usual” during the pause from his Hill work.
Scheduled to return to Ottawa next week for the continuation of the winter session of Parliament, MP Hillyer’s plans changed after an unexpected bone infection developed in a previous lower-leg fracture.
“It is regrettable that I will be missing out on the Alberta Winter Games in Medicine Hat this weekend, and not be returning to Ottawa for a brief period, however, addressing this bone infection is of critical importance,” he commented.