Redcliff opens its doors to all for Redcliff Days 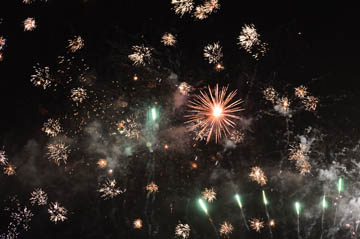 By Tim Kalinowski
Redcliff Days had another spectacular showing this year. Despite the threat of thunderstorms overhanging much of the weekend, Mother Nature, for the most part, cooperated to ensure everyone could take in their favourite Redcliff Days events. Highlights of the weekend included a well attended pancake breakfast catered by Medicine Hat Christian School and the fun fare at Legion Memorial Park, featuring a clown show, karate demonstration by White Dragon Karate, a petting zoo and various games and apparatuses for the kids. An excellent fireworks show put an exclamation of the weekend Saturday evening. The fireworks display went for 20 minutes and was certainly enhanced by eerie clouds above the town and a near full moon shining through the haze.
Saturday was the busiest day of weekend with the Lions Park Show and Shine easily topping last year’s event with more cars and a greater variety of vehicles on hand for car enthusiasts of all ages to wander around and take in. The stage in Legion Memorial Park, the all day concert in the Legion Hall parking lot and the “Who’s On 3rd” beer gardens main stage offered live music to keep visitors hopping. The Redcliff Museum was home to traditional spinning, woodworking and blacksmithing demonstrations.
Mayor Ernie Reimer was helping out at the Show and Shine on Saturday. He was excited by the size of the crowds coming out to Redcliff Days this year.
“It looks like the weather is going to be good today, and there’s a good turnout. We are all here to celebrate everything Redcliff,” he said.
He went on to say he was grateful to everyone in the community who has ensured Redcliff Days remains a special annual event in local life.
“It means a lot to the community,” he confirmed. “Redcliff Days was all started back in the mid-1960s by various groups, and now since ‘07 it has been run by our Community Services employee Cindy Murray. We hope everyone who comes out has a good time today. There’s lots to see and do.” 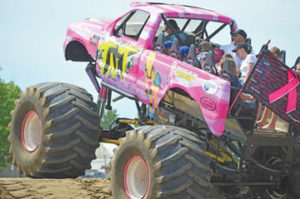 Photo by Tim Kalinowski- Nothing says family like sharing a Monster Truck ride. 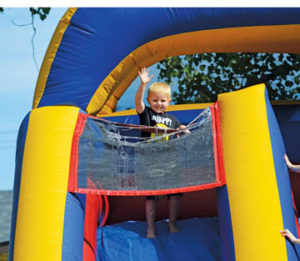 Photo by Tim Kalinowski- There was something for everyone at Redcliff Days. Four-year-old Axel Plante was having a great time at the Legion Memorial Park Fun Fair on Saturday. 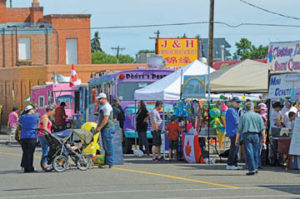 Photo by Tim Kalinowski- The streets in downtown Redcliff were filled with tents and kiosks offering food and merchandise for the many visitors to Redcliff Days. 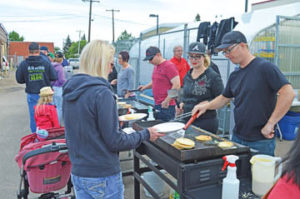 Photo by Tim Kalinowski- Redcliff Days would not be complete without the traditional pancake breakfast, hosted each year by Redcliff Home Hardware. 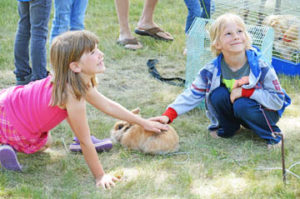 Photo by Tim Kalinowski- These young girls were all smiles at the petting zoo. 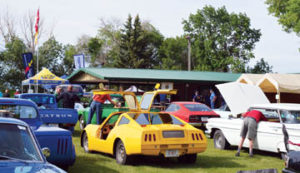 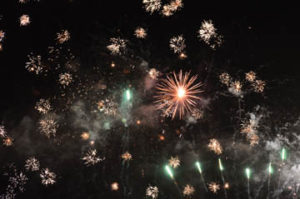 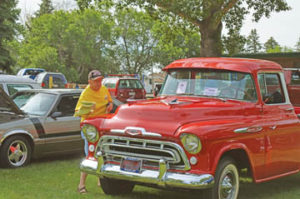 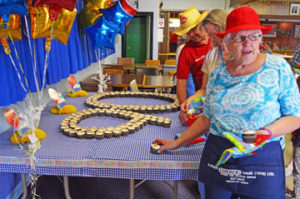 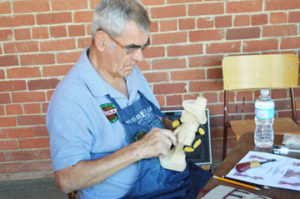