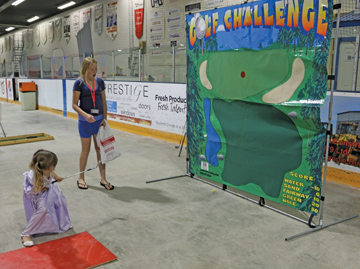 By Jamie Rieger
For many who grew up in Redcliff, the annual penny carnival was a summer event that they always looked forward to. Heading to Lions Park for a couple hours of playing games and winning prizes was a fun way to wile away a summer afternoon.
On July 13, the tradition was carried on with a Penny Carnival, held not at Lions Park, but indoors at the Rec-Tangle.
“I went to the penny carnivals as a kid and they are a fond memory of my childhood,” said Cindy Murray, director of community services for the Town of Redcliff. “So, I want the youth today to experience it, too.”
Upon arrival, each young person received a plastic bag for holding tickets. Children over six years of age received an empty bag, while under six received a bag containing 10 tickets. They could then collect additional tickets at each of the games and redeem them for prizes at the end.
This year’s event included a jump castle, face painting, penny toss, and plenty of other activities for the young people.
Murray said she has received a lot of positive feedback from parents about the penny carnival, many of whom share the fond memories of many people who went to the Redcliff penny carnivals as children. 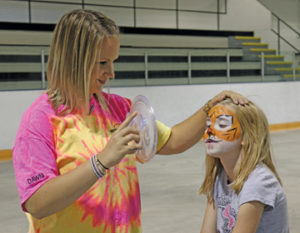 Photo by Jamie Rieger- Dawni Urlacher (left), from McMann Parent Link had a long line of young people waiting to get their faces painted after she was finished painting a tiger face on seven-year old Abigail Bailey. 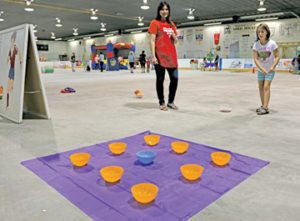 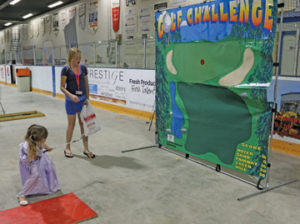