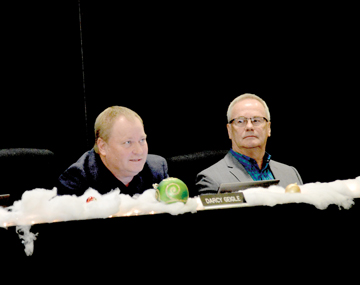 Photo by Tim Kalinowski- Cypress County reeve Darcy Geigle defends council's decision to allow for a relaxation of the Confined Feeding Exclusion Area, and its decision to write a letter of support for a proposed lambing operation. Coun. Richard Oster watches on.