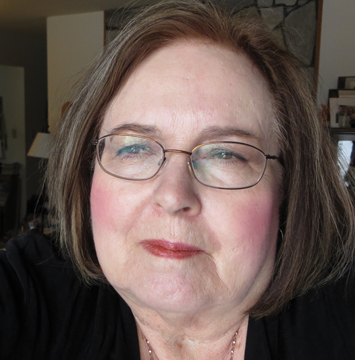 Submitted photo- Marj Moncrieff hopes to continue serving the people of Bow Island as she runs for another term as councilor.

By Jamie Rieger
Marj Moncrieff has entered the election race in Bow Island and hopes to continue contributing to the community through her role as a town councilor.
Moncrieff holds a Masters Degree in medical microbiology and taught medical technology at the University of Alberta for 11 years.
In the late 1990s, she started serving as a trustee for the Prairie Rose School Division board, a seat she held for three terms (nine years). During this time she helped support rural schools throughout the region and participated in the development of programs for Low German speaking students at Burdett School. She also participated in the development of the original plans for the modernization of Senator Gershaw and Bow Island Elementary schools.
Moncrieff has served as a Bow Island town councilor for the past seven years.
“Infrastructure has been a priority – maintaining and improving roads, sewers, water, and buildings. Major projects have included the sewer systems and roads in School Cres., the road along Golf Drive, improvements to the Arena (leaking roof and girls’ locker room and washroom) and improvements at the Multiplex,” said Moncrieff.
She also served on the committee to facilitate the recruitment of three family physicians, sits on the Forty Mile Foundation and Palliser Economic Partnership, where they are working to extend the hours at the Wild Horse border crossing.
For the past seven years, she has served as a volunteer member of the Palliser Triangle Health Advisory Council, with one of the biggest concerns being repatriating patients to their local communities after emergency treatments in Calgary.
“As a member of council, I am able to pass on concerns about services at the Bow Island Health Centre and concerns in our community,” she said.
Looking forward, Moncrieff said, “My focus is on preserving and building on the many advantages we have living in Bow Island. Infrastructure will always be a challenge and needs to be prioritized wisely. One of my goals is to maintain a friendly and welcoming community with opportunities for citizens to participate and maintain friendships.”