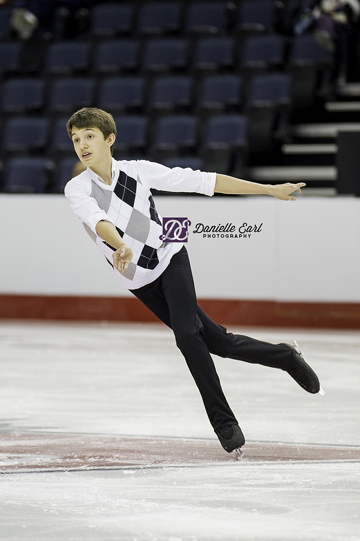 Bow Island-born figure skater Graham Schaufele currently resides in Canmore, where he’s training for future sports success.
Two years ago, he ranked fifth in a national skating competition, but says he can do better.
Schaufele, 19, started skating when he was 11.
“I was out in Elkwater with my family and my cousin took me skating,” he said.
“I’d never skated before in my life. I really enjoyed it and started doing public skating in Bow Island.”
Eventually, he saw figure skaters practising before a public skate and the sport strongly piqued his interest.
“It was kind of weird,” said Schaufele. “I was very adamant at that moment that this is something I need to be in.
“I’m not really sure why, but I was very determined to do it.”
He started taking private figure skating lessons that winter at the Bow Island Arena.
“It was an amazing start to my career. She really motivated me to keep going,” Schaufele said of his teacher.
“The next year I signed up for the actually figure skating program with the club.”
He moved to Canmore for its “high-performance training” program.
“There’s a lot of ice time that’s available to me,” Schaufele said. “The Town of Canmore has been really quite amazing with … close-to-private ice time every morning.
“The coaches as well are world class.”
He says his current town constantly reminds him of where he came from.
“We’re still a town, so it definitely has a town feel, like quite a few nice communities (and) exactly like Bow Island,” Schaufele said.
“Everybody here (in the program) is quite motivated to skate.”
He’s decided to take a year off his music studies at the Banff Centre for Arts and Creativity to focus on his athletics full time.
“I’m not at my peak at any point right now, so there’s still a ton of room and possibility to improve,” Schaufele said of his figure skating.
“It’ll be cool to see what comes of it.”