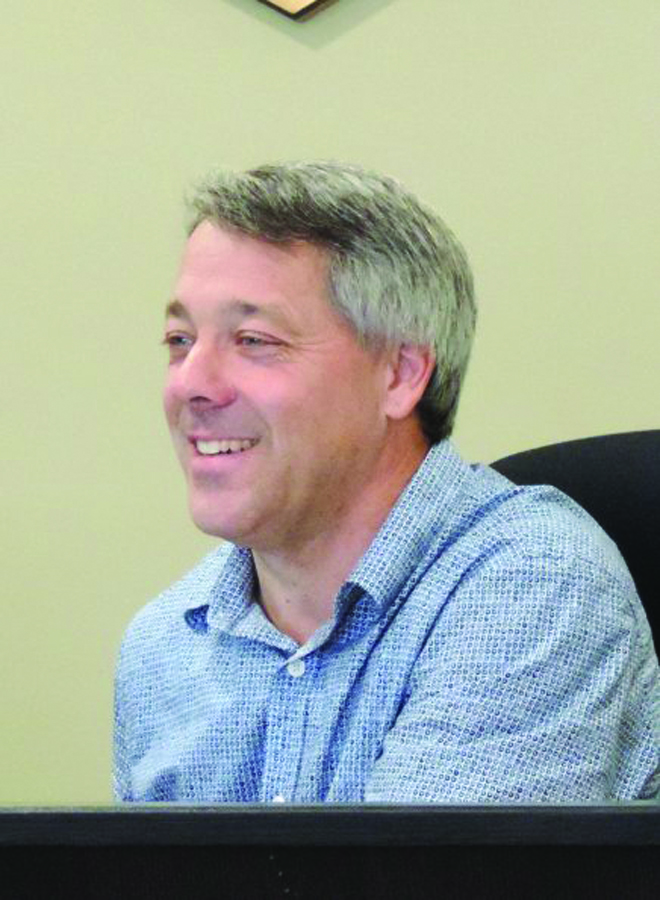 Cypress County’s chief administrative officer Doug Henderson informed council during its April 3 in-camera session of his resignation after 35 years with the rural municipality .
“It came to that point in my career that I decided that the holidays off were good and the council meetings weren’t as enjoyable as they were at one time. From that, I figured ‘well why not enjoy holidays permanently,’ and let somebody else be the CAO,” said Henderson.
“I’m already eligible for a pension, so retirement was easy.”
He started at the county in May 1986 as an Ag Fieldmen and worked his way up to assistant CAO in 2007 before being named the CAO in September 2015.
“I enjoyed all those positions and the challenges within them, working with all the staff at the office, councils and the Ag Service Board that I worked with over the years,” he said.
He added the decision was to retire “for now” until another opportunity comes up and in the meantime pick up part-time work to stay busy.
“There’s going to be a big hole,” said Cypress County Reeve Richard Oster.
“When you have somebody with that kind of track record, that kind of knowledge that the guys probably forgot more than most CAOs would know about what goes on in an organization like Cypress County, (it’s) a big gap.”
Oster is now in his second term on council and knew Henderson as a very easy-going person with a friendly personality and lots of patience.
“When you’re looking at dealing with nine different personalities on council, it’s amazing how he worked with every one of us that was just so different,” said Oster.
“It didn’t matter if you had 25 years or first coming on board, he took the time to explain to us this the way the procedure is , this is the way it’s suppose to go.”
Oster said the next step will be to find an interim CAO, while him and Deputy Reeve Dan Hamilton have their input on the decision process and have already begun making phone calls as of April 4.
“I have the highest respect for Doug,” said Hamilton.
“He could take situations and change them and help. Just the knowledge that man has of the MGA (Municipal Government Act) is phenomenal.”