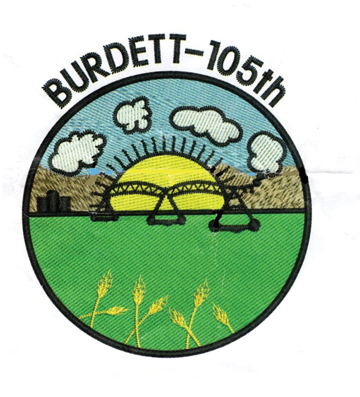 A vibrant and colourful atmosphere is what Burdett Days is looking for from festival goers on the Canada Day long weekend to celebrate the hamlet’s 105th anniversary.
“It’s always been a larger celebration every five years in Burdett,” said chair Chantel Timmons.
“In the larger celebration, we always include a parade, fireworks and a little bit extra. Being 2013 was our 100th, we thought we should probably plan something not as extravagant as the 100th but still something to celebrate.”
Events like these are important in keeping a community alive and volunteers have stepped up and helped out.
“The majority of the weekend is free. We do so much stuff at a very minimal cost that everybody in the community comes out,” she said.
“People come home, back to the community they grew up in. It’s really nice to re-connect.”
The 105th anniversary has been in the planning stages since last fall and has been a smaller-than normal-committee this year, but one that Timmons considers to be “a very effective group.”
Lloyd Robinson was born in Medicine Hat but raised in Burdett, where he resided for 65 years and farmed before retiring back in the Hat in 2007 with his wife Val.
Robinson said in the the early 1900s that the community was an American settlement and with that, local people always celebrated July 4, but never celebrated Canada Day until the 1960s. It was not until 1975 that Burdett Days had their celebrations.
“It was always a fun time you looked forward to,” he said.
“It was the one day during the summer that the community would come together and celebrate. It was a special time that’s forsure.”
He added there is still much community pride, which is why people want to have celebration. For this goes back to the people who originated there and the descendance of those families.
He ran a summer bonspiel in 1980,1985 and 1990 during the event.
“We had the beer garden in behind the bonspiel and a fun time was had by all ” he said.
“That meant making the ice, painting the circles, borrowing the rocks from Taber. It added the celebration in general having that extra sport going on.”
He still attends Burdett Days and looks forward to coming back for another celnbratory year and meeting more people.
“It’s very family orientated,” said Timmons.
“It something different for everyone to watch and take part in. You can sign up on the spot.”
More information on volunteering can be found through contacting Timmons at (403) 952-8824 or Lindsay Kusters (403) 85