Sparse crops seen in the county 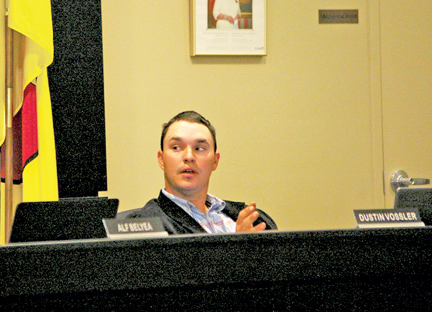 Farming conditions are anywhere from “OK” to “very poor” for dryland farmers, while irrigation farmers are getting by in Cypress County.
For some irrigation farmers, harvest has begun on peas and lentils, while bailing and second cuts to the hay are happening.
“I know for the second cut of hay, most of them are almost out of water,” said Dustin Vossler, Ag Service Board chairman.
“The third cut might be a little sparse this year. We were allocated 16 inches (per acre) of water this year and it’s getting thin. I know for myself I’ve used up most of mine. I might have two inches left on my alfalfa ground.”
He added the first cuts of hay are non-existent for dryland farmers.
However when purchasing hay from out province, err on the side of caution.
“Be careful when your searching for hay and you’re bringing it from out of province,” said Vossler.
“There is noxious weeds that can come in our province that aren’t native to this area and cause big problems. If you’re bringing in feed from another province, inspect your gravel for noxious weeds.”
The county’s acting agricultural supervisor Kennedy Fandrick added to Vossler’s point by saying said that noxious weeds are a problem because Cypress County doesn’t know what going on in someone else’s field and when a local farmer lays the hay on their land, noxious weeds are growing.
“If they cut flowers off or any type of seed and it gets in that bail and get transported here, it’s definitely a problem, ”she said.
“It’s definitely a problem, especially if it’s plant that we’ve never seen or we don’t know how to deal with. Awareness is another thing (as) lots of people don’t necessarily know what a noxious weed is or ‘hey I’ve never seen that before but I’m going to ignore it for now.’”
Knapweed is a prohibited noxious weed in the county and has been the biggest issue for because people do not know what it looks like and can not differentiate it from a Canada Thistle because it looks very similar, she added.
“It can take over someone’s land,” she said.
“Cows don’t always eat it and livestock wouldn’t always eat it.”
Meanwhile, there are farmers who are experiencing shorter grass for their cows.
“They’re looking at that they might be starting feeding earlier or dumping some animals,” Vossler said.
“It gets pretty challenging to manage something when there is nothing to manage.”