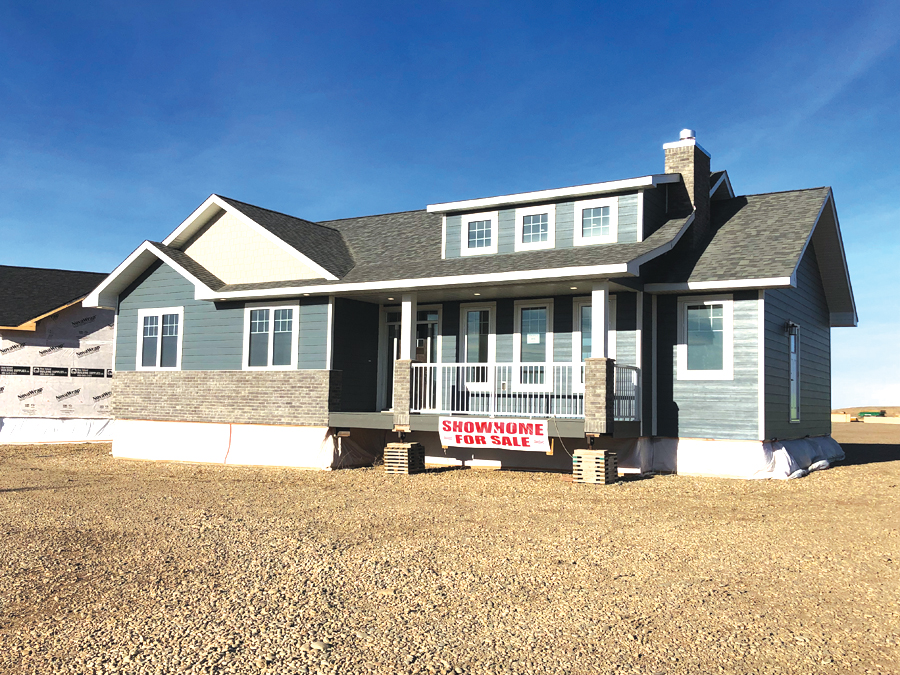 Submitted by Jayco Builders CUSTOM HOME FOR YOU: Austen Showhome in Bow Island.

Jayco Builders owners Chris Friesen and his brother Jason moved out to Bow Island from Manitoba in 2000 where and it was shortly after they started their own framing company in the community.
Their work took them around Bow Island and Medicine Hat and it was then the brothers saw a need to build full homes for customers and continued on with the concept by establishing the home-building company in 2003.
It was five years ago that Jason left for Tisdale, Sask., to go back to farming and left Chris with the full day-to-day operations of the company.
“We’re farmers,” said Chris.
“My grandparents were farmers, my dad was a part-time farmer. He kind of has it in his blood. But the construction business, we did it when we were young. I think it was good to way to learn how do it.”
Now 16 years on in Bow Island and 25 employees later, business has been consistent in the community with on-site homes being built and more recently getting into the Ready-to-Moves (RTM) models.
“Everything is done. Turn the key,” said Friesen of their building strategy.
RTMs became an interests of his because it was an easier way to reach out to the remote areas with trades becoming increasingly difficult to locate to the rural locations.
The company serves southern Saskatchewan, Alberta, down to the U.S. border and the northern part of the province.
“They can’t get trades to come up and build them a proper house,” he said.
“People want a quality house and that’s what they’re getting. That’s what we’re providing to them and we stand behind our product.”
In the Jan. 8 edition of the Commentator, in the article ‘Bow Island mayor sees a lot of growth in the community,’ Mayor Gordon Reynolds had mentioned RTM home builders are “going flat out” and Friesen agreed, saying “Bow Island is the RTM capital of Alberta.”
“We’ve got a lot of quality builders in the area, so that draws a lot of business to the area,” he said.
“We’ve got three RTM builders here and one modular home builder here that can service all of Alberta and Saskatchewan. When everyone is putting on a quality product, it’s good for the community.”
Alberta has gone through a significant recently and has started to climb out of the tough hole but like several businesses in communities, there are challenges.
“Everyone needs a place to stay,” he said.
“Some sectors have been hit. Some sectors haven’t been hit as much. Those families are still doing things. Agriculture is strong in southern Alberta. We’ve had a few dry years. The last couple of years have been dry. We’ve noticed that a bit. People are holding back a little bit.”
Around 12-18 RTM units are build and 20 on-site homes are built a year.
The focus will be to continue to build a dream home for customers.