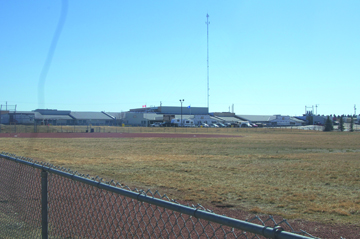 Edmonton- based Sage Analytics’ Shari-Anne Dooleage presented the findings of the proposed Dunmore training facility/hockey arena’s business case to Cypress County council at its March 26 regular meeting.
The original proposal from Prairie Rose School Division (PRSD) came at the Sept. 18, 2018 council meeting, where the school division proposed a $10. 5 million training facility/hockey arena in Dunmore that both sides would go in a partnership on.
In January, Sage Analytics was hired on to complete a business case and the company compiled information from Prairie Rose School Division (PRSD), Cypress County and the Irvine and District Agriculture Society.
Dooleage says the focus of the business case and the hope from PRSD was to have an arena adjacent to the Eagle Butte High School that would increase the student enrollment and bolster the existing hockey academy program and reducing the bus time for students participating in the hockey academy.
A key area of the business study was the financial component.
PRSD anticipated in one scenario the cost would be $250 per square meter. That would include $1 million in fundraising, over $5.3 million from the county and a $1,970,682 loan from the school district and in kind donations, totaling over $8.3 million to build the facility.
The other option was that the building would be built at $350 per meter, where the county would contribute $10, 632,358, PRSD would provide the same loan and there would be no fundraising efforts needed.
“We found that the construction cost anticipated by this school division was low and we were advised that this type of project would be closer to $350 per square meter rather than $250 per square meter,” she said.
“We also didn’t include any amount for fundraising because that could not be confirmed at the present time. We were also advised that although there is interest in fundraising, those contributors are in a bit of holding pattern pending council’s decision on this matter.”
The financial analysis also highlighted that arenas are not profitable, subsidized and run with an operating deficit.
Another concern is with the demographics as user groups between the ages of five and 19 are not strong.
The report stated “demographic evidence suggests there are not enough users to fill the ice times that would be created by the construction of another arena facility in the region.”
The construction of a Dunmore rink would also make an impact on the nearby Irvine arena.
“A $45,668 (50 per cent) annual operating loss is projected for the Irvine Sports Complex due to reduced ice rental revenue and related activities,” the report says.
PRSD superintendent Roger Clarke says the partnership between the school division and the county is in the best interest for students and the Dunmore community.
“Our commitment to supporting the Willie Desjardins hockey academy remains strong, and we have zero concerns about the viability and sustainability of the program into the future,” said Clarke.
“The report suggests that Dunmore does not have a youth age base to support. To our knowledge, the hamlet of Dunmore continues to see growth, especially with families. This growth will inevitably put pressure on the county in future years to meet the demand for families in the area.
“We find it interesting that the findings of the report spoke mostly to the need/impact of an arena, and not a multi-use community facility, as PRSD proposed. Further, the report did not consider cost implications to Cypress County, should they decide to build a facility without a financial partner in the future.
County council believes the facility will expand opportunities in the strategic planning.
“The project aligns with the goals and strategic plan of the county, which had been adopted in May of 2018,” said county Reeve Dan Hamilton.
“Parts of that are a strong partnership, opportunities to improve services to our residents, growth in the diversification and community engagement. The substantial capital project requires public in-depth consultation, which is the next step in the process.”
Council approved the motion to direct administration to undertake public consultation to gather feedback on the proposed Dunmore training facility and arena as well as for PRSD to confirm financial contribution and that it still aligns with the presentation that was made in September 2018.