Local aspiring authors talk about their starts in writing 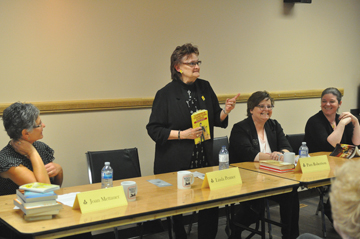 Local authors Joan Mettauer, Linda Penner, Pam Robertson and Deanna Sweeney spoke about their starts to becoming authors during a "Night with the Authors" at the Redcliff Public Library on May 7.