MonkeyJunk’s Blues at the Bow performance Sept. 21 sold out 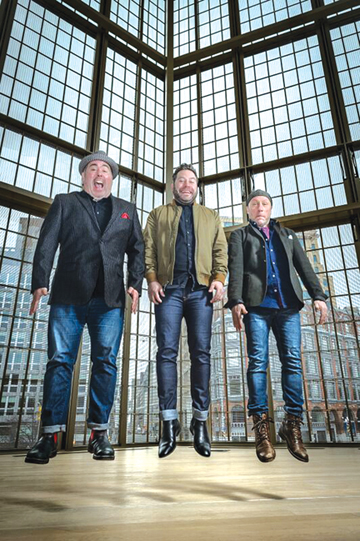 MonkeyJunk's upcoming performance is sold out at the Blues at the Bow in Bow Island. The one-night only show is Sept. 21. Doors open at 7:30 p.m.

MonkeyJunk’s upcoming performance is sold out at the Blues at the Bow in Bow Island. That is cause for celebration as the multiple award-winning trio from Ottawa, ON headlines a beloved venue in small town Alberta. The one-night only show is Sept. 21. Doors open at 7:30 p.m. The show’s opener is Marcus Trummer. MonkeyJunk celebrated 10 years together in 2018.

It is said, audiences will be dazzled at a MonkeyJunk live show. The trio won 2018’s “Blues Album of the Year” Juno Award (their second overall). Launched in 2008, MonkeyJunk — handle inspired by delta blues great Son House, who once intoned, “I’m talking about the blues, I ain’t talking ’bout no monkeyjunk!” — have consistently updated contemporary blues with a blistering mix of chops, soul, grit, humour and harmony.

Guitarist Tony D said the trio usually heads out west for a tour of Saskatchewan, Alberta and British Columbia. “But this one is strictly Alberta. It’s a two-week tour. It’s one our better markets. It’s the strongest one. We get a lot of airplay in Alberta courtesy of the mighty CKUA,” he said.

“Which is a great station,” he noted. “I listen to it hear in Ontario.”

Alberta, he said, has always been a strong market for MonkeyJunk, so every year the trio does at least one tour of the province and Western Canada. “And sometimes even two,” he added.

According to Tony D, the trio is definitely looking forward to the tour out west.

So what can the audience expect from a live MonkeyJunk show?

“What we’ve been playing is an array, a selection of everything from our five records. From the beginning of time to the last record we put out, which won a Juno. We’ll be playing a lot from that one. But, we started out as a blues-type band and now we’re an anything band. There’s always some gems on the setlist we play covering our heroes,” he explained.

MonkeyJunk’s latest award-winning album was released in 2016 and was entitled, “Time to Roll.” Tony D said the trio has also been discussing new music, as well. “In the New Year, in 2020, we are discussing about getting together and finish writing some material floating around for us. There’s a good possibility we might be going back into the studio, for sure,” he said.

Tony D said he believes the live music scene in Canada is pretty vibrant these days. “Alberta has been pretty amazing for the last 10 years.”

“I personally do check out a lot of live music, because that’s what I’m all about is live music and as much of it as I can get,” he said. “I do see things from across Canada quite a bit.”