Federal Election not going to change Alberta much 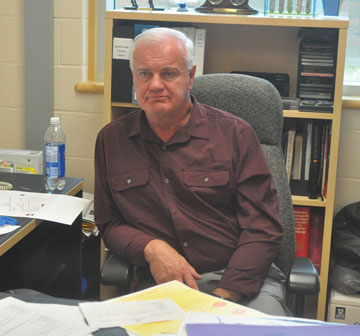 With the federal election now in the rear view mirror, Albertans will not see significant impact coming its way anytime soon.
As Jim Groom, political scientists at Medicine Hat College, sees it, there will not a lot of change for Albertans
“It’ll be fairly the same as it has been in the past because a lot of the things that are impacting us here directly, the federal government didn’t have much control over anyway,” said Groom.
Groom says the Liberal government impact will be with the potential go ahead of the Trans-Mountain Pipeline going through.
The holdup might be the federal courts saying the Liberals have not met the requirements and will continue to review the project.
Southern Albertans might not take a greater interest in Ottawa because there is no Liberal representation.
“I think they probably recognize that there’s not going to be change anytime soon,” said Groom.
“It keeps us out of the cabinet. At least in the last election we had two members in the cabinet. We at least had somebody at the table and that’s where all the decisions are made. Having the natural resources minister, Mr. Amarjeet Sohi in Edmonton, at least had some sort of direct contact. (Then) here we don’t we have an MP we can talk to at this point.”
Groom described the election as “really rancorous.”
“They got right into it with each other,” said Groom.
“It just wasn’t the policy they were criticizing, it was the person they were criticizing and that crosses a line to an extent where it makes it hard to patch those things up.”
Groom says Trudeau will visit Alberta, but he will be in hostile territory with a majority of the province being Conservative blue.
“It’s kind of like going to enemy territory,” said Groom.
“To go and see Jason Kenney is not going to be a friendly situation. Kenney went to the point where he campaigned for the Conservatives. To come out and talk to anybody out here , the whole place is Conservative. You can’t ignore Saskatchewan and Alberta. You’ve got to come out and do some visitations and reinsure you’re their prime minister.”
The Conservatives are the official opposition again and leader Andrew Scheer will be there for now.
“(Andrew)Scheer will be a caretaker leader for a couple of years,” said Groom.
“They have to have a leadership review in a year because that’s in their constitution. At that point, he’ll get a 50 or 60 per cent rating. He’ll say no I’ll need a firm 90 per cent to keep going. He’ll tender his resignation or advice he’ll resign. He’ll be the care taker until they do that.”
With the Liberals winning a minority government, there is a possibility of another election being called in the near future.
But for mosy parties the money is not on their side to go through another campaign so soon.
“All the parties except the Conservatives are pretty much out of money. They aren’t flush for cash,” he said.
“The NDP didn’t raise very much money compared to some of the other ones. They could only use a plane for the last half of their campaign because they didn’t have enough money for a plane in the first place.”