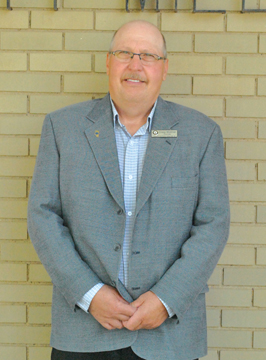 Scott Schmidt
Alberta Newspaper Group
Representatives of Forty Mile County were able to squeeze in a 20-minute face-to-face meeting with the minister of municipal affairs during a conference in Edmonton earlier this month.
As is often the case, there were more questions than answers, but the overall feeling is that concerns were heard and that Minister Kaycee Madu showed a genuine interest in what was being discussed.
“I think he’s an excellent minister,” Deputy Reeve Craig Widmer said. “I think he’ll be one of the better ones that I’ve dealt with over the years. He had about five people in the room with him, and if he couldn’t answer something, they stepped up.
“It was really professional — I’m really impressed with him.”
As each jurisdiction comes to these ministerial meetings with specific concerns, the result, Widmer says, is often that the county’s issues get noted with plans to follow up at a later date once the minister’s office has a chance to look into something.
Concerns topping the list for Forty Mile included oil companies that go bankrupt, pack up and leave the area, sticking the county and its residents with cleanup bills. That has been an issue in the area recently, and Forty Mile officials, like those in other counties, are seeking a provincial plan.
Representatives also wanted to discuss bumping ahead provincial linear assessments by a few months to better coincide with county budget updates, as well as what the UCP has planned for Municipal Sustainability Initiative funding, which is slated to be slashed by 7 per cent a year for two years before possibly disappearing altogether. Forty Mile was hoping to find out what could be used to replace that, but learned that no official plans have been finalized yet.
Forty Mile has also been worried about rural policing contracts into the future, but the recent budget didn’t come with the alterations many had been anticipating. There is still talk of changing up how RCMP detachments are funded, so Rural Municipalities has elected to look into it further.
“It’s not as concerning in our county, but there was a resolution passed at the RMA to do with policing, so the RMA is now going to talk with the ministers involved with that.”
Forty Mile County is unique in its large-scale size versus its small population, and officials figure Madu could gain a better understanding of the challenges faced if he paid a visit to the region. Widmer says Madu showed a keen interest in making that happen.
“He was really happy about (the idea),” Widmer said. “He told us to send a formal invitation to his office and that he’d be glad to come out and chat with us.”