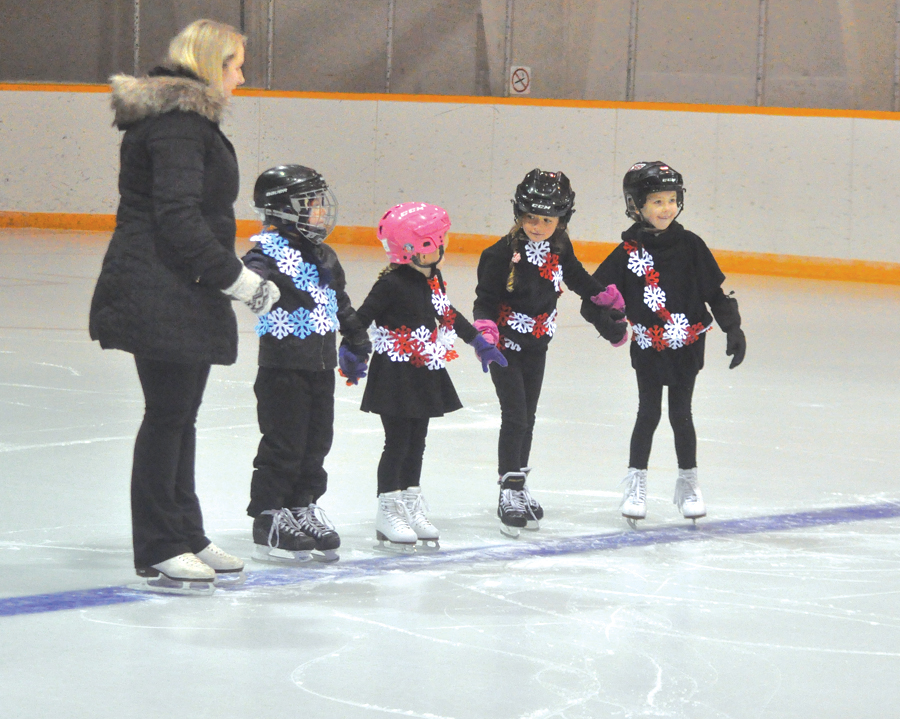 Commentator/Courier Photo The Foremost Skating Club held its Skating in a Winter Wonderland show on Dec. 12.

The Foremost Skating club has 25 skaters participating this season and the focus has been garnered towards simply learning how to skate.
“We focus on balance, agility and control,” said Amanda Conquergood, skating club coach.
“We have kids who leave us and go play hockey and then we have kids  stay and go to competitions and continue to stay in the whole figure skating realm.”
The Foremost Skating Club’s levels include their beginner Pre-Can skaters, Can skaters and Star skaters.
“I believe the oldest skater this year is Grade 5. We’ve got a young group this year,” said Conquergood.
Even though the oldest skater is in Grade 5, Conquergood has had that skater since Pre-Can Skate and have built that skater and coach relationship and know what to expect.
Conquergood says the goal is self improvement for each skater.
“Again depending on the skill level of each skater or each group of skaters, we’re just trying to constantly build on that,” she said.
“Sometimes skaters have the goal of going to competitions. Other times it’s learning that one new spin or one new jump. I kind of tried at the beginning of the year to look at the kids and kind of outline individual goals that way and kind of go from there until the year progresses until March.”
The skating club tries to use their two major annual events in the Christmas Show off and the year end carnival to engage themselves in the community.
“We really try to use those to highlight within the community to come watch, come see and hopefully we can grow members that way,” said Conquergood.
“Other then that, small town, it’s just so much if that word of mouth to try and keep the club going. It’s based on parents volunteering their time.”