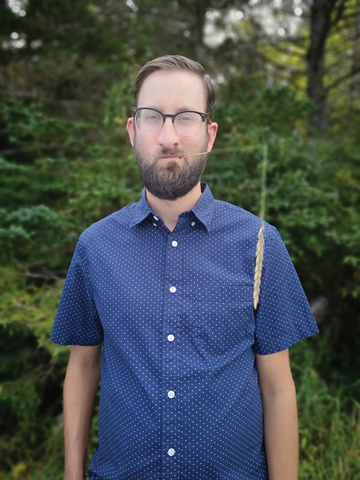 Photo Submitted Scott Porteous will be one of three comedians performing at Redcliff's Hylton Hotel on March 9.

A few comedians from around Western Canada have teamed up for a tour that will be stopping in Redcliff in March.

The comedy trio will be playing the Hylton Hotel on March 9 with the hopes of bringing a few laughs to the crowd — it is also raising funds for a local cause.

“I did a tour last year with a couple other comedians to support around 20 charities,” said comedian Scott Porteous. “We did about 25 towns and cities and I wanted to do it again.

“We decided to do a quick spring tour to help out some more charities.”

The Redcliff stop is the first during the tour and funds raised at the show will go to benefit the Redcliff Youth Centre.

“We saw that there isn’t too many youth organizations in Redcliff so we thought that it would be a good place to support,” he said. “We like giving to a variety of different charities — we figured the Youth Centre was a perfect fit.”

Porteous says he enjoys going to new places with each tour.

Porteous will be teaming up with Scott Belford and Adam Mac for the tour and he says it will be a great trio.

“Scott Belford has been performing for a while and he’s definitely one of Canada’s strongest comedians,” said Porteous. “Adam Mac I met recently and he’s an up-and-comer from Red Deer — we’re excited to have him.

“We’re all different, so there’s different styles of comedy for different people.”

Porteous says the comedy will be performed with fun in mind.

“We’re not here to offend anyone,” he said. “It’s not shock humour. There will be alcohol and it’s an 18-plus venue — there will be a bit of adult content and a bit of swearing.

“We don’t want to make people angry or deface any of the charities — we want everyone to have a good time.”

There are around 200 tickets available for the show that cost $20 each . Tickets can be purchased on http://www.eventbrite.com or at the door.