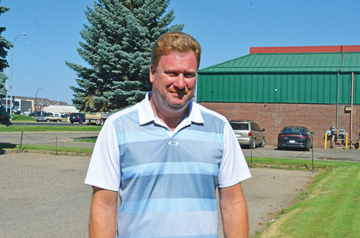 Commentator/Courier
Cypress County officials were in attendance at new Municipal Affairs minister. Tracy Allard’s Lethbridge meeting last week.
The county requested the province to ‘press pause’ on its review of the propose options for changes to oil and gas property assessment.
“While not at liberty to discuss the details of that meeting, County officials were encouraged by the opportunity. The minister made time to hear from us and understand our concerns,” said Reeve Dan Hamilton.”
“We know that every county in Alberta is facing similar potential impacts, so we are not alone.”
Other municipalities attended as well.
The first scenario could see a six per cent loss in taxation revenue all the way down to 20 per cent in the worst-case scenario.
Base costs, depreciation, land assessment, statutory levelds and other adjustments are what make up the scenarios.
All four models look at base cost, depreciation, land assessment, statutory levels and other adjustments.
Cypress County could face losing $ 7.8 million in the first year.
For the southeastern municipality, that is anywhere between 16 and 22 per cent.
The county would have to hike up residential taxes between 132 and 181 per cent, non-residential taxes from 40 to 64 per cent and farmland 1,550 per cent.
“We feel that rural municipalities, including ours, have not had the opportunity to discuss this issue directly with government leaders as of yet,” said Hamilton.
We know that property tax increases up to 181 per cent and farm property tax increases up to, 1,550 per cent are simply unacceptable. People will not have the ability to pay.”
Chief administrative officer Tarolyn Aaserud thought the meeting went positive from an administrative standpoint.
“We were very encouraged by the candid dialog and openness of Minister Allard,” she said.
“We left the meeting feeling optimistic, and appreciate that we have been heard.”