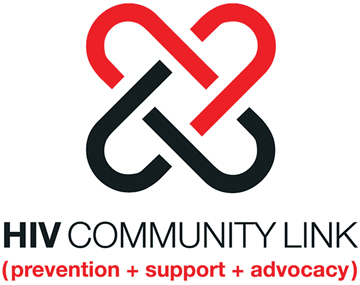 Overdose statistics released last Wednesday by the provincial government are highly concerning, HIV Community Link’s executive director says.
The report showed that 301 Albertans died of an overdose from April to June, bringing 2020’s total to 449 – more than two people a day on average.
“It’s an astounding number – the highest number in a quarter that we’ve had,” said Leslie Hill. “Unfortunately for organizations that work with people who use substances, these numbers were unfortunately not a surprise. We’ve been hearing about the number of overdoses and overdose deaths increasing through our clients and folks who are grieving the loss of their community member.
“This is an unfortunate and terrible circumstance.”
The report also shows 284 fentanyl-related deaths in the quarter, up from 130 from Quarter One. Hill says people are using fentanyl because that is largely what is available.
“This is the supply of what is readily available,” she said. “It is cheap and easy to bring into the country. It is easy to press into pills and it’s quite a lucrative for drug dealers. Fentanyl has been a huge challenge for years and this is no different.
“Anecdotally, what we’re hearing is that the drug supply changed a lot as a result of the pandemic because the usual means of getting drugs into the country were cut off.
“The drug supply is a lot less predictable than it has been in a while.”
Hill says people have become complacent about overdose deaths.
“This quarter’s numbers really tell us that the complacency is really dangerous,” she said. “We really need to double our efforts and make sure we’re supporting people who are vulnerable to dying by overdose.”
Hill says there is a lot of work to be done to create a network of supports for those with mental health challenges.
“We hear in the news all the time that mental health and substance abuse has gotten worse during the pandemic,” she said. “What we need as a base is a solid support network for people that includes good funding for substance use, mental health, homelessness and crisis supports. People need to know where they can turn to.
“Harm reduction is a piece of that. Supervised consumption services and access to a safer supply of substances are initiatives you see across the country as a result of the overdose epidemic.”
There have been five fentanyl deaths in Medicine Hat this year. Hill says Medicine Hat paints a picture of the rest of Alberta.
“Medicine Hat is a bit of a microcosm of what is happening across the province,” she said. “What we tend to see in Medicine Hat is that things will be quiet for a while, but there are not a large number of suppliers in the city. What tends to happen is that we’ll have a bad batch of drugs come through Medicine Hat. So things will be fine for a while, then there will be a rash of overdoses all at once.”
Hill added that she would like to see statistics released more frequently by the province.
“When you look at COVID-19 you can find recent information about transmission. If we had that with overdoses, we could adjust course quicker and respond accordingly,” she said.