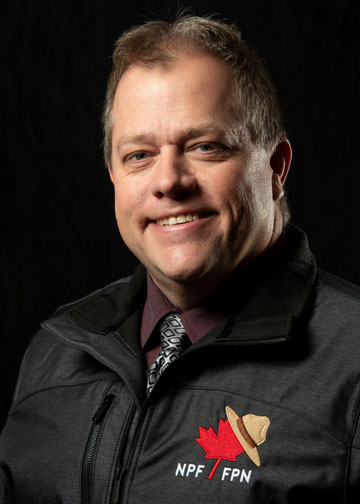 The National Police Federation launched the ‘Keep Alberta RCMP’ campaign recently in response to the province’s Fair Deal Panel looking at replacing the RCMP with a provincial police force.
Alberta taxpayers and local communities would have to pay the $112 million if the province were to replace the RCMP.
The federal government pays near 30 per cent of Alberta’s policing costs—which works out to $112 million annually.
If the decision were made, then communities would be at risk with less officers responding to calls.
“There (are) a lot of social media-types of outreach in gaining the public’s support and awareness to the issue, “ said Kevin Halwa, NPF regional director for Alberta.
“Should this get rammed down the public’s throat, despite the staggering numbers of support across the province, the tax payers are going to be left on the hook for the bill and they should know that. We do have the social media campaign and we encourage members of the public to go on there, take a read, take a look at the stats, take a look at the information and engage with their MLAs to voice our opinion.”
NPF represents 3,500 members in the province.
“Right now, the fact of the matter is I don’t think the taxpayers of Alberta—myself being one of them—are interested in increasing cost for anything,” said Halwa.
“We just had the cancellation of the Keystone pipeline, we’re in the middle of a pandemic, there (are) many people in the province who haven’t really worked much or working reduced hours since almost a year ago at the start of this pandemic. People are hurting as far as income and it’s just not the right time to be looking at putting more costs on to the Albertan people.”
NPF had a survey commissioned by Pollara Strategic Insights and results showed a“staggering support for the RCMP from the Alberta to the tune of 80 per cent in support of the RCMP,” said Halwa.
“Those numbers didn’t come easily and that’s in small spots and big spots across the province. They work hard and they become a part of the community and they bring those numbers.”
Halwa said the issue should be put aside until the very least, things are back to normal.
Rural Municipalities of Alberta president Paul McLauchlin worries that because of the nature of the Fair Deal Panel, that it’s less about dealing with rural crime and dealing more with issues related to Ottawa.
“I’m worried that’s the driver as opposed to providing a better service to our rural residents,” he said.
McLauchlin said the RCMP is making strides and continual improvement.
“What I’m hearing from our members, is that we’re in the middle of a pandemic and we have this looming potential third wave (and) at the same time I’ve got people that are worried about their livelihoods—we need to get crops in the ground. Is this really the time to talk about provincial policing, for or against? I think we need to talk about emerging from COVID. I think that’s the critical conversation that my community wants to have, the folks I represent want to have and maybe this is just not time to be having this conversation.”
A study is currently being conducted by PricewaterhouseCoopers to get results as to what the transition would be like.
More on the campaign can be found at http://www.keepalbertarcmp.ca.