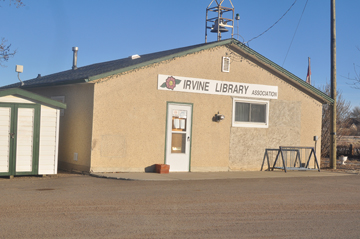 Cypress County councillors debated on how much should be contributed by the municipality to a new Irvine library at their May 4 meeting.

County administration’s initial comments to council  were that Infrastructure Canada was accepting applications for retrofits and new building projects for community buildings for under $3 million.

The other option was there was a grant application open for $3 million to $25 million projects until July 6.

Coun. Dustin Vossler felt as though what it comes down to is what council is comfortable in spending and what the county can do within that amount.

“I think it’s a viable thing to have there, but I just don’t think it’s viable to build the Taj Mahal we had presented to us,” said Vossler.

There was sense of disappointment when Coun. Shane Hok saw the proposed dollar figure.

“Irvine needs a library that will get used, but not a $3 million one,” said Hok.

“This guy that presented this stuff, I am so disappointed. Like for a million dollars, we can go to a local housing builder and say this is what we want. Or like Dustin said, you save a million dollars, maybe we look at refurbing a building, there’s different options— not a $3 million (facility) that’s out of place. And when you look at the plans—so much wasted space— and we can build a functional library— I know it will get used.”

Deputy Reeve Richard Oster reminded council that it was back in 2019 that council stopped by the Irvine Library on their road tour and witnessed how bad the conditions were in the building.

“At that time, I suggested we start putting money away to replace the library, but we never did,” said Oster, who also sits on the Cypress County Library Board.

“Now we’re faced with some serious coin and the part about this $ 3 million— no that was never the idea. The architect threw out some stuff that if this is a commercial building versus the house building, here is the difference. I’m not asking for the $3 million but I do want some sufficient funds that we can make something happen.”

Oster added how bad conditions are in the current facility.

“I’m glad that I’m hearing some positive stuff on the fact that Irvine does need a new library,” said Oster.

“Every meeting that we bring up, I try and show you some of the examples of how bad it is there.  There is no air quality there, there probably is mold. We have fire department people here—there’s no access. If a parent goes up to the library right now and has their child in a stroller, they’ve got to leave the stroller outside.”

Oster added, “If we don’t step forward, that library is done.”

Council approved Hok’s motion to direct administration to apply for the grant for the construction of the Irvine library with a maximum contribution of $1 million from Cypress County council.