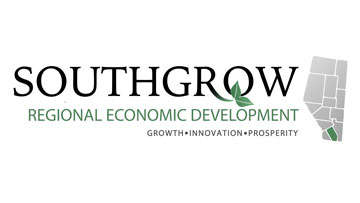 Its focus is to assist communities, organizations, businesses and people in the region to further their economic goals and in the process of maintaining a higher quality of life.

Both Bow Island and Foremost are members and invest dollars into the 29-member Regional Initiative that looks after 190,000 people.

SouthGrow has just recently put a new operational plan in place for 2021.

“A lot of the stuff we do is marketing based and awareness based,” said Peter Casurella, SouthGrow’s executive director.

“It’s been obviously difficult in the pandemic to pivot and reapportion the funds that were put towards things that we could not do—like attending large international trade shows in the Agri-food space.”

SouthGrow’s top priority is to build partnerships that allows for economic development.

“We tackle projects that no one municipality has an individual mandate to do, but where there is a genuine interest to everybody for working together on it,” said Casurella.

For example, SouthGrow is a prime enabler of Canada’s Premier Food Corridor—which involves five of the member municipalities that formed an industrial cluster along Highway 3 from Lethbridge to Taber.

“We have legitimate industry cluster that we are advertising worldwide,” said Casurella.

The Regional Initiative is also partnered in Canada’s Western Gateway with municipalities from Lethbridge to the Coots Border.

“They’re an existing logistics and transportation cluster developing there,” he said.

“We are marketing that to the world as a prime trade gateway to Western Canada and the amount of goods that are currently flowing in and out of there to the  United States and beyond is truly staggering. So, it’s just a matter of boosting what already exists.”

The Lethbridge airport is seeing the development of an industrial side as well as there is the option of trans-shipping rail—which is one of the largest rail yards in Alberta.

As a part of their plan, SouthGrow has been marketing renewable energy resources in southern Alberta since 2007, which has been their most successful project.

“It has yielded millions of dollars of investment and it’s gotten bigger than us at this point,” he said.

“We’ve given up on marketing southern Alberta to the world for renewable energy assets because we don’t have to anymore. It’s a runaway train of success.”

With the success of renewable energy in the region, the attention has been turned to municipalities to demonstrate, show and educate how they can leverage new renewable energy technologies to lower their own costs and pursue new economic opportunities on a local scale.

The second priority is to market the region.

“We are the only organization in our area that actually has a mandate to market the region as a whole as a destination for investment,” he said.

“We focus primarily on Agri-food because that’s where the biggest growth opportunities are—that’s where we have serious advantage.”

SouthGrow is currently working on a global marketing project that includes a digital campaign that will be rolled out later this summer with some of the partners.

“We’re doing a phone-direct investment test drive campaign where we pay the company to identify companies that are specifically interested in what we offer and offer personal introductions to decision makers,” he said.

Lastly, a focus is placed on economic developments.

“Unfortunately, we don’t have the capacity as a small organization to do robust economic development projects,” he said.

“So, what I do is I project manage interesting projects. For example, we’ve been working on broadband for a long time because we know it’s one of the best infrastructure enablers in economic growth. We’ve got a lot of success and now we’re trying to close the final gap. So, last fall I helped out a lot of companies with their universal broadband application, acting as a municipal liaison, to get them to support the information they needed in order to get those applications in and that should cover off most of the rural regions of southern Alberta.”

Strategic projects are also being worked on for import replacement and deploying electric buses on rural routes.

Innovative solutions are being considered for the small villages and hamlets that would like the fibre speeds but can’t afford the option.

“We did a technology trial last fall that was extremely promising and then we got the funding we needed for a pilot project where you build out an entire community with a wireless mesh network technology that does fibre-like speeds. Now we’re trying to do the same to all the villages and hamlets in Vulcan County this spring.”

Casurella’s goal is for all of SouthGrow to be the most connected western Canada region by 2023 at the latest.

“More and more people are seeing the value of investing in the region—people get that the economy is regional—and that win within the region is a win for their community,” he said.

SouthGrow will be involved in the announcement of Value Added Processing facilities in the months to come for southern Alberta.