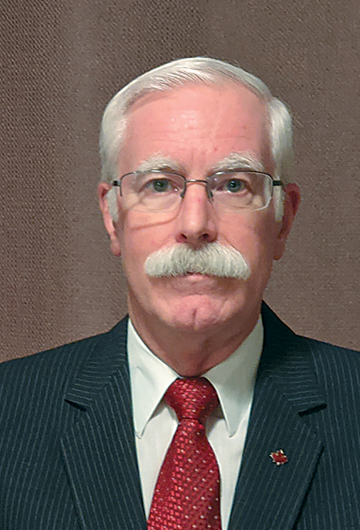 Lockdowns were the wrong approach to tackling the global pandemic in Canada, argues David Redman, a retired Lieutenant Colonal and former head of Emergency Management Alberta, and has led to unnecessary deaths and undue economic hardship over the past 15 months.

In an upcoming Hot Topics webinar on July 7, Redman will explore how in his view Canada’s governments, both federal and provincial, have failed to formulate the proper response to the pandemic while contending the use of lockdowns has cost lives and caused unnecessary damage to the economy.

“We knew last February that the use of non-pharmaceutical intervention — NPIs, which is what we now call lockdowns — was not recommended for this type of a pandemic,” said Redman in an interview with the Herald earlier this week. “Things like workplace closures and closures of schools, if used, were to be used as a last resort in a severe pandemic only. This is a moderate pandemic, not severe, and we used them as first choice, not last choice. Now the reason they weren’t recommended was because it was known that after the first three weeks in a pandemic — when the disease becomes a pandemic — the use of non-pharmaceutical interventions has very low, if any impact on the spread of the disease.”

An expert who was instrumental in Alberta’s pandemic response plan in 2005, Redman is an authority on the subject and hasn’t been apprehensive about challenging the status quo or openly questioning the accepted narrative regarding Canada’s pandemic response.

cause significant collateral death and damage, and by that I mean mental health, societal health, other severe illness, education of our children, and massive impact on our economy and on the debt load of our country,” said Redman. “After the first wave, and after the second wave there has been detailed scientific studies comparing lockdown to non-lockdown countries and lockdown and non-lockdown states in the U.S. Senior scientists in infectious diseases have said there is not a significant difference between a lockdown and a non-lockdown state or country based on the use of lockdowns, on the spread of the disease.”

Redman’s fact and evidence-based approach to analyzing the pandemic will present a conflicting image of what might have been had governments decided to walk a different path in their reaction to COVID-19.

“Number one, a targeted response should have been used, it wasn’t, and therefore over 25,000 Canadians died needlessly,” said Redman. “Number two, we knew lockdowns didn’t have an effect on controlling spread of the disease, why did we use them, when number three we knew they caused massive collateral damage, and in Canada we’ve seen it. We’ve seen the jump in opioid deaths, we’ve seen severe problems with mental health, societal health. Things like spousal abuse, highest level ever. Abuse of children, highest level ever. The fact that we’re not even allowed to travel between provinces. These things will have continuing effects…and the final point of those collaterals is the economic impact.”

Former radio host and politician Danielle Smith will be moderating the July 7 event, and she hopes that participants come away from the webinar with an enhanced understanding that governments could have taken a much different approach to COVID-19.

There is no cost to attend the virtual webinar, but you must pre-register as there will be limited space for the live online event. Redman’s Hot Topics webinar presentation, titled Beyond the Crisis: The Real Story of Our Government’s Pandemic Response, is set for July 7 at 10 a.m. MST.

Those interested in registering for the event should visit https://event.webinarjam.com/register/140/vlxgrbm5 and fill out the form. Once accepted  you will get an email confirming your registration with your own link. Space for the webinar is limited with only 250 spots available, so readers should start signing up now if they would like to participate.

Throwing down the gauntlet, Redman is currently focused on the “criminal liability” of the nation’s top elected officials in dealing with the pandemic.

“What I’m trying to do is make sure the public realizes that lockdowns should never have been used, and will never be used again for a disease of this type, or pandemic of this type. And that they demand that their leadership prove why they’re doing things, not blindly follow, and so I’m really hoping that the audience understands what was planned, what we did, why it was wrong and how to get out of it. I am now focusing on the criminal liability of our premiers and our MLAs, and the prime minister of Canada, and so I’m readying a position paper showing that they did not do due diligence, that they were criminally negligent in this response.”

Smith anticipates the July 7 webinar could be an eye-opener for many.

“I’m looking forward to it, I think it’s going to be a good conversation. He’s a very powerful speaker, and very persuasive, and I think when people finish hearing his presentation they’re going to say, ‘Gosh, I wish that guy had been in charge’.”