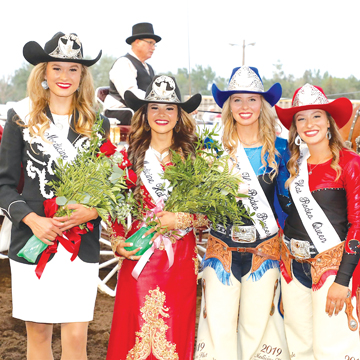 At the end of Friday night, Bow Island’s own Makayla Gross was crowned the Medicine Hat Exhibition and Stampede Rodeo Royalty Rodeo Queen.