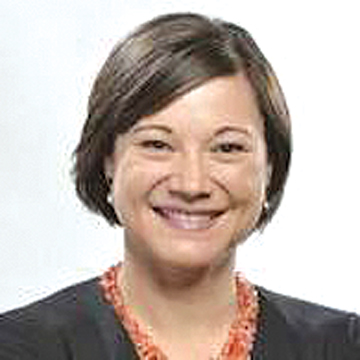 While the UCP government was promoting the numbers in the mid-year fiscal update on Nov.30, Lethbridge-West MLA and NDP finance critic Shannon Phillips said these figures tell a different story of tax increases and financial strain on Alberta families.

Drilling activity and oil production have increased while higher prices have translated into a significant financial boost for provincial coffers, but Phillips warned that Albertans should take this unexpected resource revenue windfall with a grain of salt.

“The UCP cabinet would like to throw themselves a big party for this, but as we all know, this is nothing more than good luck and is entirely out of the control of the provincial government,” said Phillips.

“As we have seen just in the past few days, this good luck is highly vulnerable to shock such as new variants of COVID. And while the UCP government may be rolling in new money, Albertans are not. In fact it’s quite the opposite.”

Provincial revenues were lifted significantly by an increase in global energy prices, but the largest increase in tax revenue came from Personal Income Tax, according to Phillips.

“Alberta families are falling significantly behind. The biggest increase in tax revenue, when we look at this mid-year economic statement, is from personal income taxes, and that sneaky tax grab that Jason Kenney inflicted on Alberta families starting back in 2019. This is money out of every single Alberta tax filer’s pocket, while the cost of everything from gas to ground beef, soars as well.”

Phillips says inflation is eating into the value of current tax breaks and benefits while Albertans pay more for almost everything.

“Thanks to the UCP, inflation costs you more in income tax and at the same time reduces the buying power of benefits for families. The child benefit, the seniors benefit, any of your disability or income support benefits. This comes as Albertans are paying more in property taxes, school fees, tuition, interest on student debt, because of the UCP.”

Car insurance premiums and utility bills only continue to increase, argued Phillips, who drew a correlation with UCP policy decisions.

“Also because of the UCP, families are getting hit with unprecedented car insurance and utility bills. Yesterday, the electricity and natural gas minister confirmed that the UCP has absolutely no plan to address this even as the temperature drops and the price of everything else goes up. Albertans are going to keep falling further and further behind every month. At the same time, this mid-year update tells us that fewer Albertans are working today than were working three months ago, and the economy is projected to be 0.6 per cent smaller than at the end of August despite higher oil prices.”

Not only will Albertans feel the usual pain of a fiscal hangover from personal spending during the holiday season, but come January some of those bills are likely to be even larger, according to Phillips.

“So this update might look like Christmas has come early for the UCP government, but for Alberta families Christmas is looking more expensive than ever, with only higher taxes and higher costs for everything coming due in the new year as well.”