Dekker’s hard work earns him Athlete of the Month 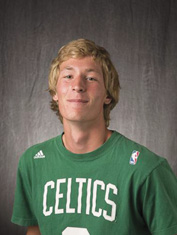 Josh Dekker, a major player on the Senator Gershaw boys’ basketball team, who has been attending Prairie Bible College in Three Hills, was awarded Athlete of the month for March. The 6’-2” forward is enrolled in the Sport Management program and has been an instrumental team player in his freshman year.
His head coach, Kenny Boese writes, “Josh has played a huge role on our team this year. He is one of our nine fresheman players, but you wouldn’t know it by the way he conducts himself on and off the court.
Josh finished second in scoring with 14 points/game and first in rebounds with 12 rebounds/game. I have never coached a player or been a part of a team with a player like Josh (aka Goldilocks). His work ethic, determination, and will to win can’t be measured and he does it all with a huge smile on his face, no matter what. His attitude definitely rubbed off on our team and united us more.
It was truly a privilege to work with Josh and I know that any coach would love to have an athlete like him on their team.”