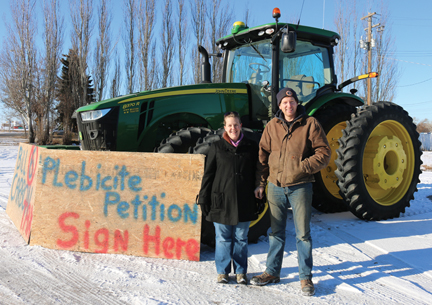 Christina and Jaap Ramijn set up a place at the corner of Centre Street and Highway Three in Bow Island where people could sign the petitions for Bill 6 and the Carbon tax.

By Jamie Rieger
Christina and Jaap Remijn were collecting signatures to petition Bill 6, the province’s farm safety bill and the Carbon Tax, both of which were passed through legislation without adequate consultation with impacted stakeholders, according to those opposed to
“We are not against safety, not at all. We make sure what we do is safe. The government did not do its homework,” said Jaap. “They did not listen. They did not take a step back from it.”Petitions are being circulated throughout the province in the hopes it could lead to an election that would oust Premier Rachel Notley. Organizers are hoping to collect more than 250,000 signatures throughout the province.
Bow Island greenhouse operator, Dave Kochis signed both petitions.
“I am signing because of the amount of money this is going to cost greenhouse operators. With the carbon tax, where is a a person supposed to get that kind of money? As for Bill 6, it seems they just want to make things a lot harder for the farmer,” said Kochis. 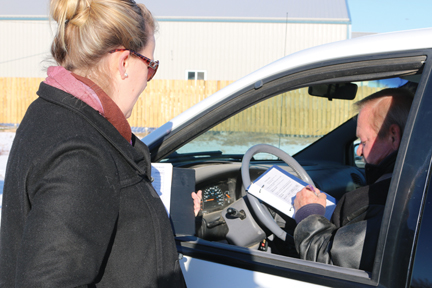