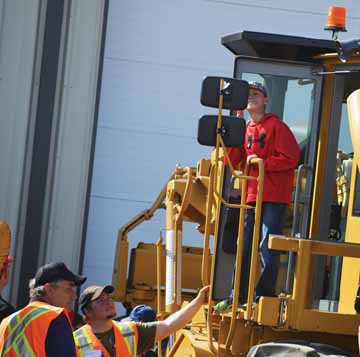 By Tim Kalinowski
Cypress County held its first ever Public Works Day last Wednesday. Members of the public and local school students were invited to tour the county’s facilities in Dunmore, and see the various equipment demonstrations put on by county employees. The event was open to the general public in the afternoon, but it was the morning displays put on for Grade 4-6 students of Schuler and Irvine Schools that kept organizers hopping (Seven Persons School was also invited, but had to decline because of their track meet). The over 120 students were first broken up into smaller groups, and then were led though the Public Works compound to view the displays.
Some of the more dramatic displays included a mock road maintenance operation, which featured a gravel truck, grater and roller, a drilling operation and a back-hoe digging demonstration. There were also some educational displays on pest control and water treatment, among others. County workers answered the students’ questions after every demonstration.
Cypress County Director of Public Works Curtis Richter initiated Public Works Day because he had previous experience with it in his former job working for Public Works in the community of Kindersley. He knew from that experience it was a great way to engage and inform the public.
“The whole idea of this is to educate the public, and of course the school kids, what Public Works does, and the equipment that they run,” said Richter. “So we are showing them what we do. It shows Public Works isn’t just about roads. It’s also about utilities; and we have involved the agricultural department here today as well.”
He hoped the school kids and general public would take a lot away from the event.
“People sometimes take for granted the things that get done on a daily basis by Public Works to make their lives work. This shows there is a lot more involved in it than they might think,” he said.
Grade 5 student Levi Munsch from Irvine School was certainly impressed with what he saw, especially the big tractors and other heavy machines. He toured through one of Public Works’ newer tractors several times, lining up about five times to get another look.
“I just like how big it is and how clean it is inside, and all the buttons I can see and pass by. I would like to drive one someday,” he said.
He was also impressed with how the day was being managed by county workers.
“I like that everyone is being safe and that there is a bunch of cool equipment. It’s cool to see the machines working.”
Prairie Rose School Division Superintendent Brian Andjelic also dropped by to look in on how the day was going for his students. He gave the organizers two enthusiastic thumbs up.
“I think this is just such a tremendous opportunity for our kids,” he said. “I don’t really think our kids understand all the diversity of Cypress County, and all the roles, and all the different kinds of works that get accomplished on a daily basis. I think this is fantastic!” 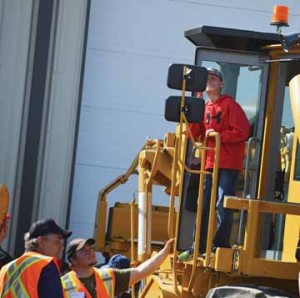 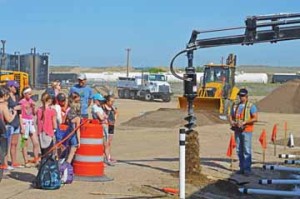 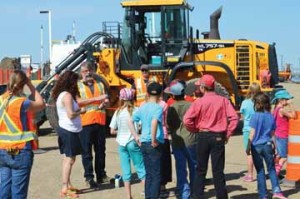 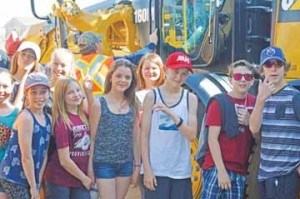