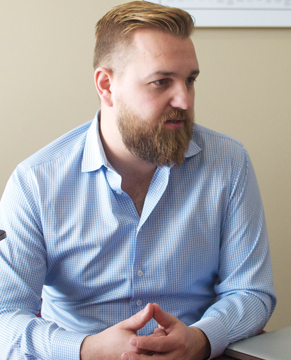 By Justin Seward
Wildrose Shadow Minister Finance Minister, Derek Fildebrandt, stopped in Medicine Hat as a part of his ‘Open for Business’ tour on Feb. 9, to discuss the current economic state of the province with small business owners .
According to Fildebrandt, the concerns coming from business owners are minimum wage, carbon tax, a 20 per cent increase in the business tax and the most common situation was the investors confidence is weak.
“Anybody who’s looking at Alberta, looks at the province’s balance sheet, sees that we’re borrowing $14 billion a year right now,” said Fildebrandt.
“When an investor looks at this province they say ‘these guys are not done raising taxes, they’re not finished.’ This a government that doesn’t have the stomach to cut a penny but has the appetite to raise taxes as a national sport.”
He added raising taxes is not the answer because Alberta has a spending problem not a revenue problem in a solution to help with deficits.
Fildebrandt mentioned in terms of the MSI funding in rural communities who rely on it for infrastructure projects, he would like to see MSI be legislated so people have certainty.
“The real fear I have for MSI right now, which is a hugely important program for the sustainability for our municipalities, is that the program is no longer sustainable because the province’s finances are not sustainable but money comes from somewhere and it comes from taxpayers of the province.”
“When the province is borrowing a quarter of it’s budget without any plan to pay for it, eventually something’s got to give. And because we’re not willing to make any tough decisions right now, tougher decisions are going to be made down the road.”
The province hasn’t released what municipalities will be receiving MSI, which will make it difficult for municipalities to make a one-to-three year budget.
Municipalities have been left hanging as to how much the carbon tax will impact them and has left frustration in municipal leaders and Fildebrandt said Alberta should ‘bury it’ and have celebrations every year to remember how we did it.
“Albertans hate it naturally enough,” Fildebrandt said.
“We bang on it just about everyday in legislature. The NDP are spending $ 10 million a year on propaganda ads and most studies I’ve seen show the more people that watch these ads, the more they hate it.”
He believes that a carbon levy can’t be imposed on one province and not another because it has be a national issue.