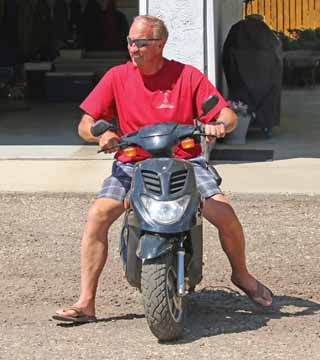 File photo by Jamie Rieger- Leonard Mitzel was very dedicated to his community, whether it was political, economical, or social. He was always one to step up and help out. Pictured, Len is riding a scooter as he helped out at the Etzikom Centennial in 2015. 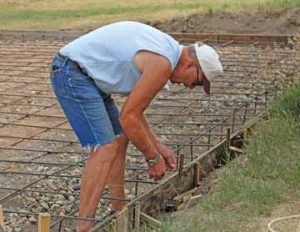 File Photo by Jamie Rieger- One of Mitzels’ pet projects was the Etzikom Museum where he could often be found doing improvement projects. Pictured, Mitzel does some work on the foundation of what would become a garage to house vintage cars.

File photo by Jamie Rieger- Len Mitzel was very active in community events throughout the county. Pictured, Mitzel shares a laugh with the photographer at the Centennial parade in Manyberries in 2016.