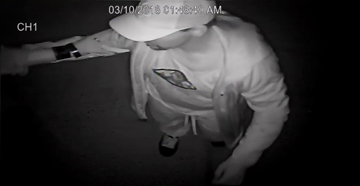 Redcliff RCMP are appealing to the public for assistance to identify a suspect in a sexual assault investigation.
A woman was walking on Third Street NE when she was approached by a man not known to her on March 10 at 1 a.m. The man allegedly demanded that she engage in a sexual act with him and grabbed onto her. The victim was able to break free and continued south on Third Street. The suspect was last seen walking east on Broadway Ave E. The victim was not injured during the assault. The man is described as:
-Approximately 5’10”
-Short dark hair
-Possibly Hispanic with a mustache and goatee

Anyone who recognizes the individual or has information about this incident is asked to contact the Redcliff RCMP at 403-548-2222. If you want to remain anonymous, you can contact Crime Stoppers by phone at 1.800.222.8477 (TIPS), by internet at http://www.tipsubmit.com, or by SMS (check your local Crime Stoppers [www.crimestoppers.ab.ca] for instructions on how). You do not have to reveal your identity to Crime Stoppers, and if you provide information to Crime Stoppers that leads to an arrest(s), the recovery of stolen property, and/or a seizure of illicit drugs, you may be eligible for a cash reward.