County to enter into talks with city on trail maintenance 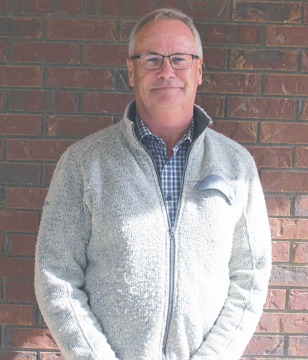 Cypress County councillors discussed the intermunicipal trail, which will be constructed between Desert Blume and Medicine Hat this year, and were concerned about the winter maintenance of the trail at its Feb. 19 meeting.
Deputy Reeve Richard Oster said although the county did not need the city come forward, there was an urgency to get the agreement in place so the the project can go out for tender and the rotary club led project would not lose their grant funding.
“I would suggest that we don’t ask the city to do any snow removal in the winter time until somebody requests it because that could be a tough area there,” said Oster.
“It’s such a long stretch and I don’t know if people would use it in the winter time. Go ahead with 50/50 proposal but suggest to the city that we’ll have it cleared because it is our trail.”
Maintenance is important to because of the liability issue, according to Coun. Robin Kurpjuwei.
“I don’t think people will be commuting in and out of the city by foot,” he said.
“ But they will walk that trail and if you won’t do it (maintenance) and the trail is not cleaned and somebody falls then you have a liability issue.”
Coun. Michelle McKenzie was in agreeance with Oster’s suggestion to put up signs to deem it a seasonal trail that is used in the summer time or in ideal conditions.
“You wouldn’t have a liability then if there was a sign there,” she said.
The county will have ongoing discussions with the city on winter up keeping.
Council passed the motion enter into an operating agreement with the City of Medicine Hat for one year on a 50/50 cost share basis for the maintenance and operation that will link the city to Desert Blume.
The cost share would determine who mows the trail, which the city estimates to be between $5,000- $10,000 a year.
Construction is expected to commence in the spring.