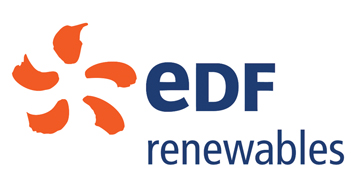 Cypress County council voted to postpone a rezoning decision on Oct. 1 after a public hearing for a proposed $250-millin EDF Renawables wind farm until there is more information provided to council on decommissioning of the project and who will have the responsibility for liabilities.
The proposed rezoning was to do the overlay of the Wind Energy Facility District for the use and activity of wind turbines and other infrastructures. This reclassification would allow for agriculture activities to continue on each parcel.
The proposed project is approximately 10 Kilometres southwest of Irvine and west of Highway 41 and will produce 201.6 MW of electricity with 48 wind turbines.
“I have a problem with us not having a leg to stand on what’s going to happen in 25 years,” said Coun. Dustin Vossler.
“I’m not against the project at all. Who’s going to get stuck on the hook with these things 25 years from now. Is it going to be landowners, is it going to be the county.You take this project apart and clean it all up once it’s decommissioned is $30 million plus. Where is that going to come from. I’m almost at the point where I need more answers than we currently have.”
The county can ask for a bond through their road development usage agreement, but the municipality has no authority on private land to process the request, said county Chief Administrative Officer Tarolyn Aaserud.
“If they don’t crack the roads and they get to take their bond back after their bond is completed. Even if that bond stays on for 25 years time, it’s on the roads, but not the structures themselves,” said Vossler.
The industry has to somehow come up with the funds (with) Alberta Environment for the reclamation process, says Coun. Shane Hok.
“I really feel the wind industry has to approach Alberta Environment,” said Hok.
“A lot of these start getting declined because of this reclamation issue. The industry itself will go to the government and say hey we have to set up something because these wind proposals are getting shut down because people are getting worried about the reclamation,” said Hok.
During the public hearing, county resident Paul von Heune, who lives four kilometres east of the proposed project, moved with his wife from Calgary in 2001 because they wanted to be away from oil and gas development, irrigation pump and highway noise.
“We did not even contemplate the possibility of an industrial wind farm,” he said.
“…It is not my concern if people choose to invest in foley. But it does become my concern when it’s funded by my tax money.
von Heune says he spent 700 days back between 2003-2005 collecting data on wind energy.
“The wind speed here around Elkwater is about half of what it is in Pincher Creek,” he said.
“The power output of wind farms accumulative in southwest Alberta runs about 30 per cent which is consistent with wind energy around the globe. The correlation between the speed and the wind speed there, 98 per cent correlation. The wind speed here is about half.”
The relation between wind speed and wind power is a cubic function, which means the speed is doubled and generates eight times the power, he added.
“The proposed wind facility is not supported in this area. The proposed project will increase taxes and electricity rates. Profits gained through the exploitation of local residents in the county will never be recovered.”
EDF spokesperson Mark Gallagher says the company has invested $250 million in a business case and they have done their due diligence as wind speeds have been measured for three years.
“We looked at the wind speeds, we’ve looked at the transmission availability. The project works in this area,” said Gallagher.
“Not only does it work but actually contracted the lowest costs of wind energy in Canada ever.
The average cost is $38 per megawatt an hour for the wind project and the government will make money if that price stays above that number.
Gallagher says the tax dollars will stay in the community for another projects.
In the last month, EDF Renewable have received a referral report after Alberta Environment and Parks did not see any issues with the project’s submission and three applications have been submitted to the Alberta Utilities Commission (AUC).
AUC categorized the project under Category 3, which means the wind farm was categorized as simple with minimal issues.
The hope is to have the major permits approved by March 2020 and to start construction shortly thereafter. It is anticipated the wind farm will be up and running in June 2021.