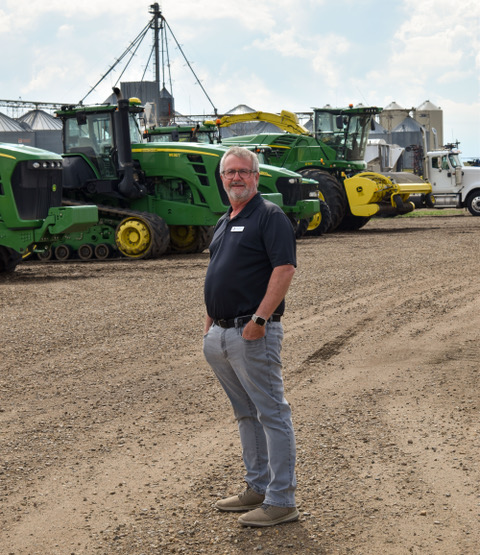 When seeing a familiar aircraft over the skies of Southeastern Alberta, it may surprise some to know that many of the first board members for HALO were rallying behind not a helicopter, but a fixed wing airplane.

As HALO Air Ambulance Society administrators past and present, contributors and those who have needed assitance celebrate HALO’s 15th anniversary this year, there is a lot of satisfaction and gratefulness how far the air rescue operation has come —  as it was initially known as  the Southern Alberta MedicAir Society.

“Back then, when it was just fixed-wing aircraft, we were trying to lobby the government for support for the program. And the problem was, well, first off, they did not want to support it,” said Brenda Lea MacPhail, who had been working with the fixed wing aircraft program prior to the creation of HALO.  “And the other thing was, we could only fly during the day back then based on the airplane that we had.”

While the fixed-wing program was underway, however, a question began to arise from the public: why couldn’t they use a helicopter?

“It was a little bit off track from where we were going, we’re doing some public relations and some fundraising for equipment onboard the aircraft. So we kind of thought, oh, no, that’s not really where we want to go,” said Tricia Nardari, secretary on the current board of directors who’s been a part of HALO since the beginning. “We wanted to support this program that we’ve been working towards. But once we got asked often enough about the helicopter, we thought, well, there’s obviously demand for it. People in the community think we need one here. So we should start to explore it.”

During this exploration, donations had to be carefully earmarked, said Nardari, based on whether they were supporting the fixed wing med-evac, or going towards this ambitious new project. However, Nardari notes that those on the project at the time were sure that when they got a helicopter on the ground where the community would see it, the support would be there.

With co-operation from Rangeland Helicopters, where current chairperson Dale Thacker had come from before, what would eventually come to be called HALO was born. Flight operations are still managed through the partnership with Rangeland to this day.

In the beginning, HALO was a very “bare bones operation,” said Thacker. Due to the ambitious nature of the project and the lack of public recognition early on, the first board members decided it would be best to keep costs down as low as possible.

To this day, said Nardari, they work hard to balance that care with the budget, mindful that they’re “spending other people’s money” and making the best decisions they possibly can to remain faithful to both the community and the vision she and the other original board members had.

While this philosophy of providing the best service possible while still keeping costs down remains, the organization has been able to grow since their inception, with three paid staff added to the roster alongside the volunteer board.

“Our premise was,on a per capita basis, let’s keep the costs as low as possible. And yet keep the coverage as quick and as complete as possible. We started off as a pilot project, back under what was the Palliser Health Region,” said Thacker. “And they said, ‘well, let’s just try it for a year, then we’ll come take a look at it.’ And at the end of the year, it worked out pretty well. Because we never went away.”

All of the board members are and always have been volunteers, said Thacker, which helps the board come together out of a desire to provide an important service to the community and care for those within their area.

“It’s been a hard battle, too, but we’ve had great board members right from the get go, right up to today, we’ve got board members who are dedicated and they’re here for the right reasons. This isn’t this isn’t about us. We don’t have a dog in this fight. This is about the person who is having the worst day of their life,” said Thacker. “But probably our single biggest purpose is to support the first responders we have in our service area; they’re the people who do the heavy lifting, they’re the real heroes.”

The sentiment is echoed by Nardari, who adds that the diversity of views and ideas have lead to the boards always being strong and capable, and that even when members disagreed, the conflicts resulted in great growth for the program.

Thacker mentioned his farms, one of which lies out between Suffield and Rolling Hills, where himself, his family, and those working there are all easily 45 minutes or so from the nearest hospital. He went on to explain that something like HALO was what he would have wanted for himself and those on the farm, knowing they would receive care as quickly as possible should something happen.

The chance to prove this level of care was both needed and possible came quickly.

“We call it our release, which happened on July 4, 2007. And we were called out on our first call within a few days, right down right down to the US border,” said Thacker.

“We really didn’t know how the entire system was going to work when we first started, we knew that we were going to be working with the paramedics locally. And the dispatch was handled locally at the time through the 911 call center,” said Nardari. “But we still had to wait and see how all those pieces were going to fit together when we actually got the first call. But it worked well.”

Since those early days, the support from the community has been incredible, said Thacker.

“I don’t even want to mention names because I’ll miss some really important people. But you think about that, they dared dream that this could happen,” said Thacker. “They made it happen. And hats off to everybody in the southeastern part of the province. Now even into the southwestern, but everybody, there’s tens of thousands of people who are responsible for HALO being here.”

Thacker specifically mentioned the agricultural community and the young 4-Hers, who have been major supporters of HALO through some of their toughest times, such as during the pandemic when in-person fundraisers weren’t possible.

With the government pledging funding for HALO and Fort MacMurray’s HERO air ambulance, the future looks bright, and the people behind this service to the community and surrounding area are only going to continue to soar and look for ways to better their service, far beyond what they originally thought possible when the helicopter was first brought into the picture.

“I sometimes wonder if the people that were around that very early on stage would recognize that this incredible program has grown out of what we created or what we imagined at the beginning. It’s come a long way,” said Nardari. “It’s incredible the number of lives that we’ve saved. It’s incredible the support from the community, the public, businesses, county, like, you know, people see the value.”

MacPhail certainly recognizes the program she helped create, and is greatly relieved to see that the government has seen the value of the work being done, as well.

“It’s absolutely incredible to see the lengths to which this program has come into being,” said MacPhail. “It’s exhilarating at times when a news report will come out about the next steps, there’s a real sense of satisfaction when you see that the community has continued to support this all these years. That gives me pretty warm feelings, knowing that I was instrumental in the very beginning of something like this.”