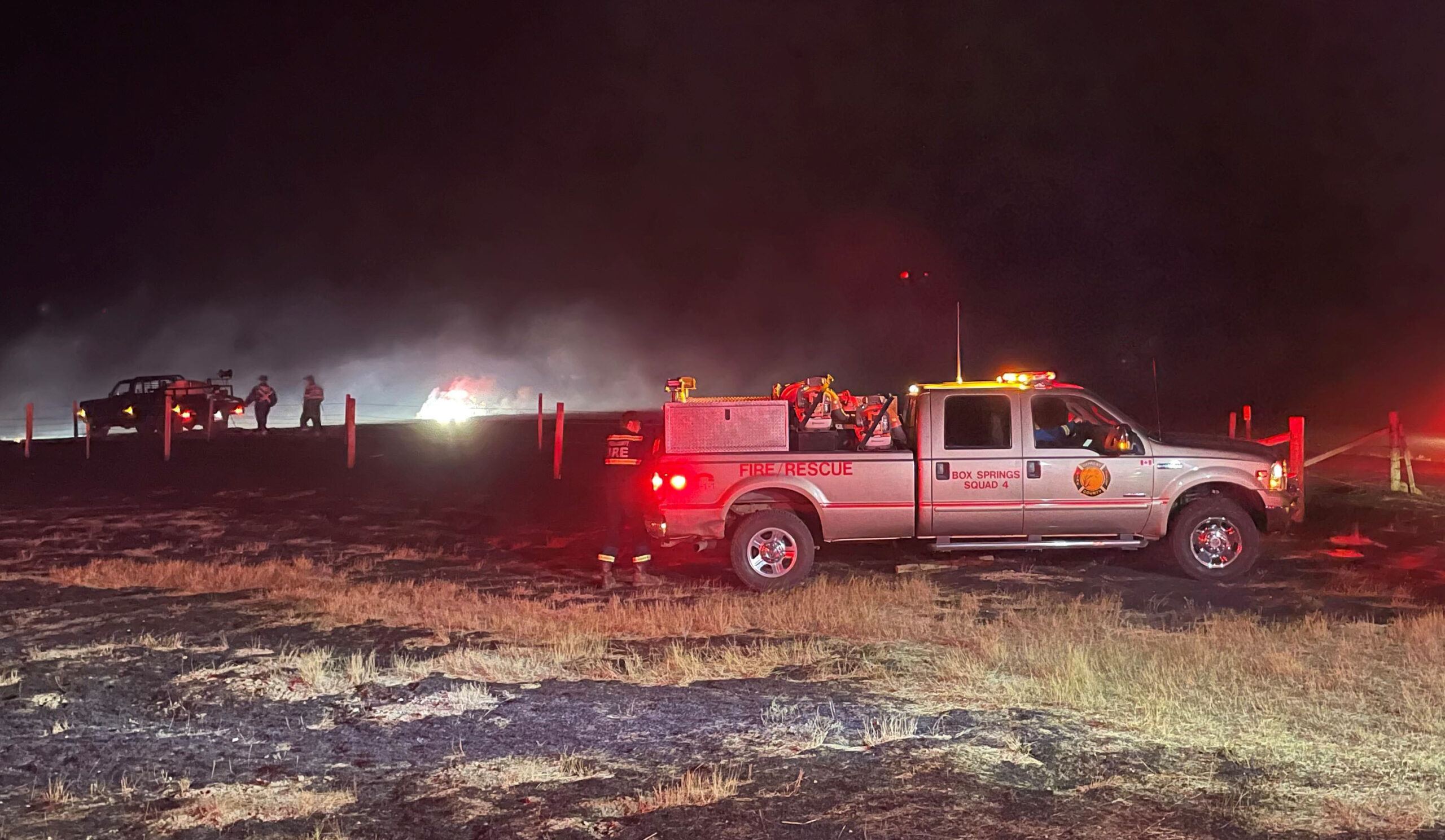 As this month’s hot, dry conditions continue, Cypress County is pleased to say that they’ve had no issues with residents going against the current fire ban.

While there have been a few fires, said Emergency Services Coordinator Jason Linton, none of them have been because of recreational fires.

“To my knowledge, that we haven’t had to respond to any fires or complaints of people burning or recreational fires,” said Linton. “The fires we’ve had so far have been due to equipment malfunction, or things like mowers, some kind of hit rocks, which can create sparks.”

These fires have primarily been in the Boxsprings and Suffield area, as well as a few near Dunmore and Schuler, largely due to either lightning or equipment failure as mentioned.

“Some of these fires were fairly large, but they were contained pretty fast to the response of our volunteer firefighters in our stations and in the broader community,” said Linton. “You know, a lot of our farmers and ranchers, they do their due diligence. They do have water trucks, usually on site when they are swapping and farming and they really want to try to stop that fire from spreading and mitigate the hazards as much as they can.”

The county’s volunteers are in good spirits, said Linton. Between the ability to pull from various stations, and the special wildland fire training that over 100 firefighters have received over the years, the departments feel well equipped to deal with the calls as they happen.

“Our core business is providing the right tools and knowledge to be able to safely respond to those fires,” said Linton. “And obviously, safety of our residents and our firefighters is number one.”

The summer months don’t just bring a higher risk of fire, however, they also bring the complication of firefighters being away for vacations. Thankfully, said Linton, the County has an app for that.

“When we do receive a 911 call for a fire, we do have an app and our firefighters can book or they can book off duty before it even happens. So we can see how many firefighters are out of service or are out of town on vacation before the fire even happens,” said Linton. “And then once the fire does come in, there’s an option for the firefighters to tell us who’s responding. So our duty officers can quickly start looking at the station response to see how many personnel are coming in if we need to start doing dual responses, with various stations to ensure we have the appropriate people power and an equivalent response.”

In addition to this app to keep things organized, partnerships with Medicine Hat Fire Department, CFB Suffield, the County of Newell, and even some departments in Saskatchewan ensure that there’s always adequate response in case of emergencies.

Linton encourages residents to visit http://www.cypress.ab.ca to review the rules of the fire ban, as well as the Alberta website for more information on how fire bans are determined and the different ratings for different area’s risk.

“Our number one goal is to have good communications and prevention and educate the public on fire bans. We don’t want to have to enforce the fire ban or a fire restriction,” said Linton. “We want to really work with our residents and our key stakeholders to educate them on what they can and cannot do versus being heavy handed, which is why we have a positive public outreach program, which has been very successful and we haven’t had to enforce anything for numerous years.”