Lots of Easter treats for the children 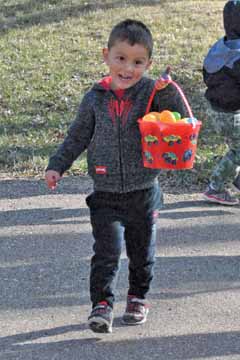 Photos by Jamie Rieger- Nathan Borgas was one of 150 children who participated in the third annual Easter egg hunt at Centennial Park in Bow Island on Saturday morning.

By Jamie Rieger
The Easter Bunny made an early arrival at Centennial Park in Bow Island on Saturday morning and approximately 150 young people came out to collect all the treats he left behind.
Areas of the park were partitioned off into three sections for different age groups and the kids eagerly awaited the announcement to start their hunting as proud parents watched, guided, and took photos of their young ones in action.
The Easter Bunny left about 4,000 treat-filled plastic eggs for the children to collect, but one egg in each of the areas contained a single piece of paper, announcing the child was the winner of a new bike.
Bow Island town councilors Marj Moncrieff and Nan MacLean first approached council three years ago to host the Easter egg hunt as a family event and a way for council to give a little back to the community.
Each year since, the event has been growing in leaps and bounds, with 92 children registered in its first year, 110 last year, and 150 for Saturday’s event.
The winners of special prizes are:
Bicycles
– Melinda Peters, aged 3
-William Teed(6)
-Derek Langeweg(8)
Bunny Baskets
-Brandt Rapson(2)
-Korbin Mitchell(6)
-Cameron Burgess (7)
The adults who registered were also eligible for a prize.
Adult Draws
-Burgess Automotives Gift Certificate – Denise Kernahan
-Cut and Style from Nicole Volk at Red Velvet Hair – Anita Thacker
-Azalea from Bow Island Green Houses – Carla Robertson
-Gift set 1 – Kathy Henderson
-Gift set 2 – Rose Reuber 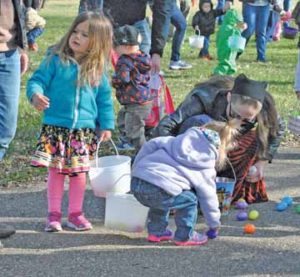 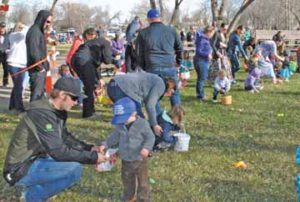 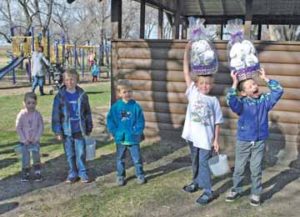