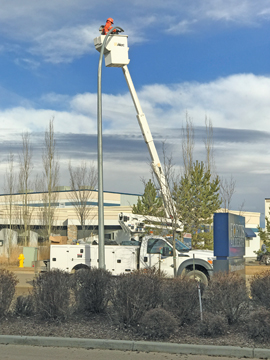 Photo courtesy of Fortis - Residents in Bow Island and the County of Forty Mile will notice a big difference when their streetlights get converted to LED lighting in the the coming weeks.