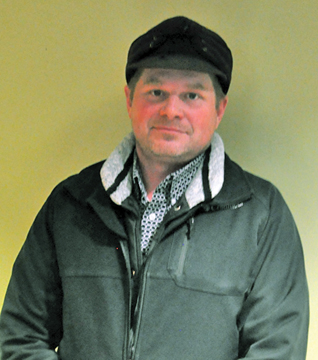 Aden rancher Aaron Brower was one of many farmers and ranchers that was sent a letter by Alberta Environment and Parks (AEP) before Christmas 2017 indicating that their water licence applications from 2001 and earlier were incomplete.
Further information was being requested to complete the process or for a file that was being closed.
The Water Act in 1996 was enacted, where it reads that provisions were included to allow existing farmers and ranchers to continue their traditional use of water and to apply to bring their existing water use within the new regulatory framework, which had to be done by Dec. 31, 2001 under (sec 73 (3)), according to a legal report Brower made public.
The Browers cannot reapply as simply as the director suggests, because the deadline to codify traditional agriculture user rights expired on Dec. 31, 2001 as per sec 73 (4) (d) of the act, the report said.
Upon the director’s actions, the family was improperly stripped of its traditional agricultural user rights and their application would be a low-priority matter if they were to re-apply.
“I can’t get a straight answer from (AEP),” said Brower.
“In the process, I found out that once you receive a letter like I did and with legislation over top of it, it implies you have 30 days in which you have resolved or appeal the decision. I tried to work with them for 27 of the 30 days.”
After initially receiving the letter that was dated Dec. 20, 2017 on Dec. 27, Brower made the effort to conclude the situation and preserve the rancher’s historic water rights.
The Brower family ranch is the fourth-generation ranch on lands along the United States border, east of Aden border crossing in the Milk River basin.
The ranch was originally established over a century ago by the North West Mounted Police as an outpost.
If there isn’t any water flow, the business could close.
“That’s the bottom line,” said Brower. “Water sources are used for domestic use for stock watering my cows and cows are not at it all day long, every day.”
While he has made extensive attempts to have a conversation with the AEP in Lethbridge and Edmonton with no response, the file has been submitted to the Appeal Board for review.
“I got put in the corner and the timeline ran out and it’s not where I wanted it go, but that’s where we ended up. Now we’re waiting for that process to unveil itself and we’ll carry on through that for now I guess,” he said.
Cypress-Medicine Hat MLA Drew Barnes said he is “appalled” at the provincial government for letting a water permit that was applied for in 2001 sit on the shelf for 16 years. He also took a shot at the NDP’s “over-bureaucracy” for sending a family a letter at Christmas telling them their water rights have not been approved and jeopardizing their lifestyle.
“It’s back to one of the reason’s why we need vocal decision-making and limited government,” said Barnes.
He added the situation will shut down a business, a way of life and “potentially hundreds of millions of dollars in value,” because a piece of land without water is drastically reduced in production capacity.
“These people have played by the rules,” he said.
“They were told in 2001 that they needed to register and apply for their water and they did all that. And for 16 years they didn’t hear a single thing from the government.”