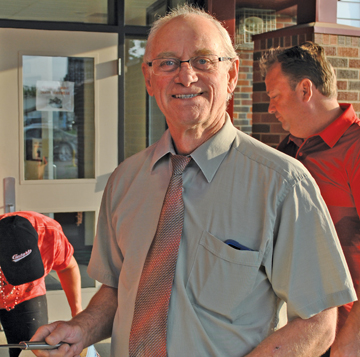 By Jeremy Appel
Alberta Newspaper Group
The Rural Caucus of Alberta School Boards has identified three major issues affecting their schools as part of a presentation to municipal partners.
The topics are school funding, health and wellness, and transportation.
“What we as a rural caucus has decided to is meet with our municipal partners and give them some facts … on how school boards are funded, of what issues we’re facing in terms of funding for rural transportation or student funding or special needs,” said Stuart Angle, the Prairie Rose School Division chair, who represents the board on the RCASB.
He says the caucus decided what issues its boards have in common, identifying the “most pressing ones.”
Transportation has been the primary issue faced by rural school boards since the RCASB was established in 2015, Angle said.
“The huge funding-deficit formula doesn’t really work in rural Alberta at all,” he said, adding that PRSD has had a transportation deficit for the past decade.
“If we could fill up a bus we’d be fine, but we can travel 80, 90 km one way and not be able to fill the bus. The way the grant formula is structured, it won’t cover that cost.”
The RCASB expanded its mandate in 2016 to focus on subjects like mental health and general funding, according to a handout given to participating municipalities.
“When we meet we talk about the issues and generate viable solutions that we submit to Alberta Education,” said Angle.
He says per-student funding works well in cities where schools’ student bodies number in the hundreds, but rural boards “have quite a number of small schools.”
Some schools were built to hold far more students than they hold, but Angle says utility costs are the same, regardless of how many students they have.
“In rural Alberta (and) Canada, school populations have declined and that doesn’t really work well for any of the jurisdictions involved,” he said.