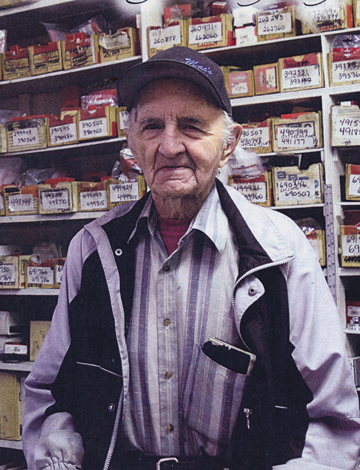 With Remembrance Day being on Wednesday this week , I often think of the older veterans, those laid to rest years ago and those that have been laid to rest in more recently this year.
I get asked to help with the Redcliff Legion poppy services when I’m available.
Recently there have been poppy services for three veterans for three services: Ike Pinder, Wilf Fairhurst and Winston Jobb.
Fairhurst and Jobb served in World War II, and Fairhurst was the longest member of the Royal Canadian Legion Branch 6 (Redcliff).
This honor now belongs to George Hope, another one of the last World War 2 veterans.
Over the years World War 2 vets like Red Newnham, Fairhurst , Hope, Joe Baier and Howard Ozgood have all been interviewed by local newspapers. Recently, it was discussed that it should be Jobb’s turn, if I was asked as to who should be interviewed. Unfortunately, on Oct. 16, 2020, Jobb passed away. He wasn’t born and raised in Redcliff like the others, but he does have an exceptional story that should be told just the same.
Jobb was born on a small farm in Nova Scotia. At the age of 10 years, his dad got him a job skidding logs out of the bush, so Jobb’s education was cut short.
When World War 2 came along, Jobb enlisted with the West Novas and served over in Europe.
He helped with the Liberation of Netherlands.
Recently there was a ceremony in Medicine Hat to commemorate this and Jobb was there.
In May 1946, Jobb came home to Nova Scotia, and not long after he met Helen and were married in 1948. They settled in Debert, N.S., where Jobb worked at CFB Debert and built a house to live in. The house cost him $2,600.
Helen had a sister and brother in Redcliff, so Winston and Helen moved to Redcliff-this is where they remained.
Jobb took up the trade of small engine repair and in 1965 opened A-1 Air Cooled Engine. This shop remarkably only closed Dec. 1, 2019. This business lasted for 54 years.
At the close in 2019, Jobb had worked 84 years.
He was a 60-year member of the Redcliff Legion, a forwarding member of the Bald Headed Society- this was the only chartered society of its kind in Canada.
I recall a Remembrance Day and a Friday night where I’d sit and visit with Winston and Helen, and have few drinks with them and talk about the old days. I got to know their son Sheldon and daughter Phyllis. Jobb was forced to quit driving at age 92, which was a real blow to him. In retirement, he would get picked up and go for coffee in the mornings with a group of friends each day. Each one would take a turn to buy. It was related to me the day Jobb died, it was his turn to buy. He will be missed at Trukker’s Restaurant, in the Redcliff Legion and around town.