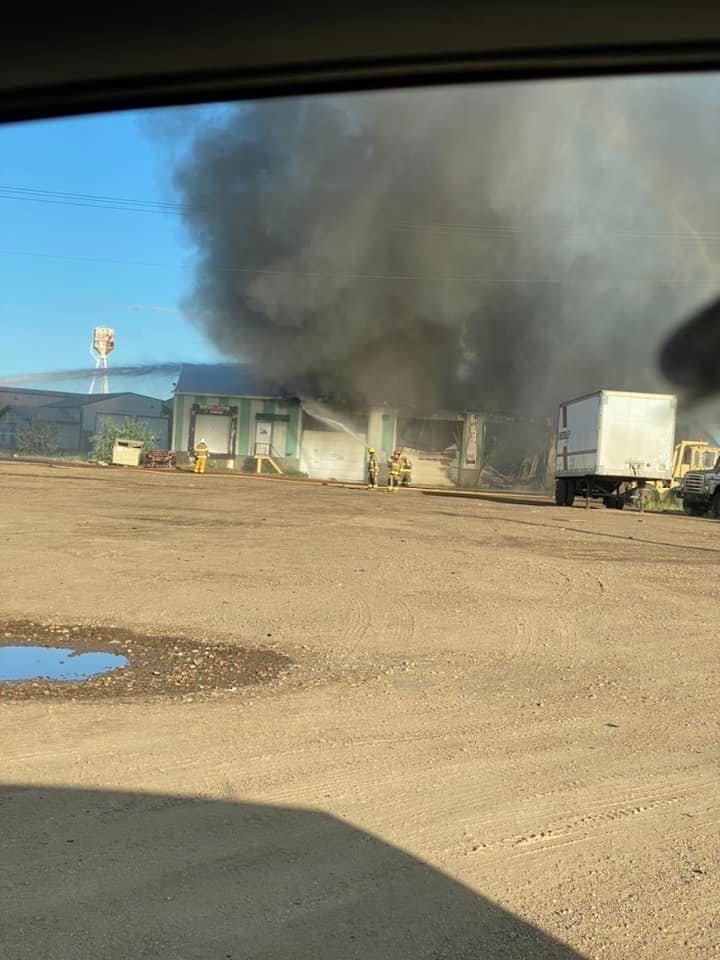 Redcliff fire department responded to a trucking terminal fire at the intersection of Third Street and South Highway Avenue at approximately 6:30 a.m. on June 26.

“We got there and the building was fully engulfed in flames,” said Redcliff fire chief Wade Gleisner.

Gleisner said it was hard to tell where the fire originated in the building.

“The building was so badly damaged,” he said.

“We’re still doing an investigation as we speak. Once it cools down, I’ll go back and  take another look. I wasn’t able to determine the exact location of the cause of the fire when I was in there earlier.”

There were 14 Redcliff firefighters with two trucks on scene at the beginning to battle the blaze before Cypress County’s Box Springs and Dunmore departments were called in with extra pumpers and bodies.

“They stayed until we had it under control and then we released them and Redcliff handled it the rest of the way,” said Gleisner.

No one was hurt or in the building at the time of the fire.