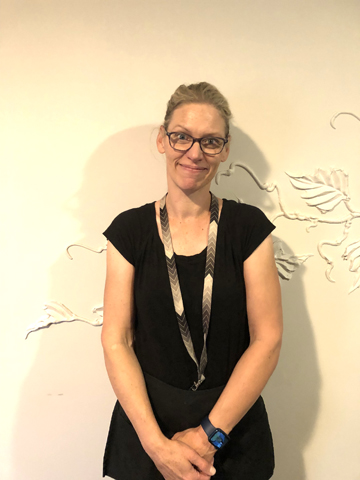 Bow Island’s Peter’s Family Restaurant decided to participate in the province wide Restrictions  Exemption Program that began on Sept. 20, which has brought on mixed reactions from the local public.

REP is where restaurant visitors have to show a proof of vaccination, proof of a privately paid rapid test result within 72 hours of service or documentation of medical exemption.

Peter’s made the decision to participate in the program because the restaurant wanted to keep their staff employed because otherwise owners Nik and Angela Kouremenos could have had operated their business themselves if it was just take out only that was offered.

“The main positive thing is that we still get to have our regulars—our regulars are mostly seniors. They’re vaccinated, so we’re lucky, and it’s mostly been good.”

There was a lot of discussion going back and forth before a decision was made.

“It was back and forth, what do we do. Even the first few days we’re like questioning whether or not we made the right decision because there was some not nice customers coming in and yelling at myself, yelling at staff, saying not nice things and so it was tough. But the majority came in happy to be able to dine in and had their proof of vaccination right on them, right away and didn’t even have to ask.”

Her hope if the program is implemented for the long term is that people will not question the process and realize they can’t eat out if the REP program requirements are not met.

“I think that might be a little bit of a dream because there are a lot of people against it,” she said.

Since the REP has been in effect, Kouremanos said some days are rough and business is down huge.

“It’s massively down. It’s been brutal that way,” she said.

“But I mean we’re hanging in there.”

With business being slower, staff have been able to space visitors out, providing good sanitation and a good dining experience.

She added, “Just be nice to restaurant staff and people that are working, that’s all I’ve got to say.”

The Rolling Pin Bakery and Foremost’s Main Street Café decided to opt out of the program.

“So, we decided not to partake in the program just because we felt like it would cause a lot less confusion in our restaurant personally, based on the number of customers we have sitting down.”

The Rolling Pin Bakery will be open for take-out and on the patio dining.

Main Street Café decided to temporarily close and provide take out only.

“Some of my best customers are not vaccinated and it isn’t fair for me to tell them they can’t come when a stranger can come in off the street just because they have a vaccination. It doesn’t make sense to me.”