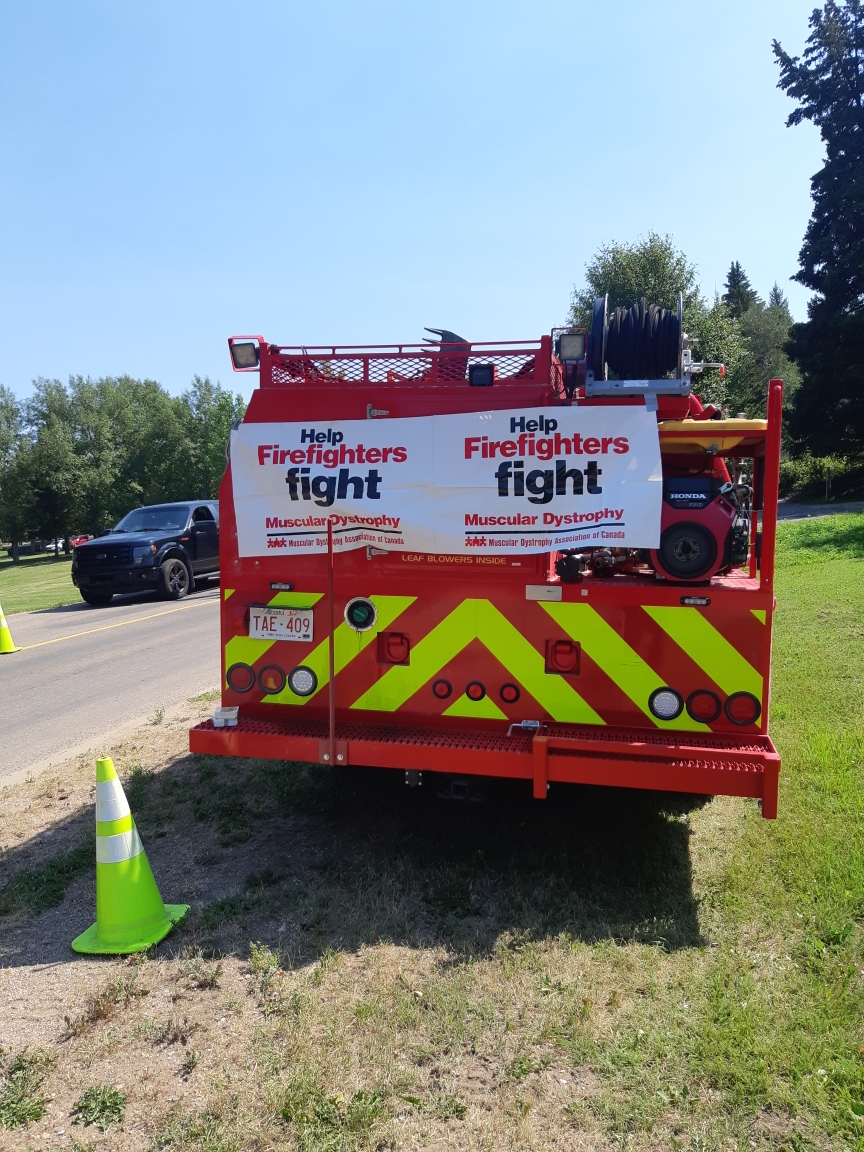 With only three hours and an empty boot, the Elkwater Fire Department raised $2,345.50 for their annual  Muscular Dystrophy Boot Drive.

Over the August long weekend, the department set themselves up, just like countless fire departments, with a boot and a desire to raise money for Muscular Dystrophy Canada.

“So firefighters across North America do a boot drive every year just and all of the proceeds 100% goes to muscular dystrophy,” said Keith Fisher, Elkwater Deputy Chief. “And it’s called the boot drives because we hold out a boot and originally people put in their spare change in, and we would try to fill the boot. And now we have, we have people putting in paper money like a $5 bill, $10, $20. We’ve had $50 bills, we’ve had $100 bills.”

The practice has been going on for roughly 15 years, said Fisher, or perhaps even longer, and has firmly made its way into tradition for not just Elkwater, but many stations all over the continent.

“People, they’re very receptive. When they see us out in the middle of the street with our boots, most people know what it’s about,” said Fisher. “And they’re already reaching for some change or for some spare cash they can donate.”

Something they’ve encountered in the past few years, said Fisher, is people who may not have any cash on hand at the time who are still interested in donating via debit or e-transfer. While they may not have been prepared this year, they have a plan when the August long weekend comes around again.

“The Muscular Dystrophy Website does have a place where you can e-transfer. So next year, we’ll have stickers to give out with that information on it,” said Fisher.

“One of our objectives in firefighting is to do some community service. So this is what we do,” said Fisher. “And we donate our time. 100% of those proceeds go right to muscular dystrophy for research and development. And it’s commendable, people are still generous.”

Fisher would like to thank the general public for their support, year after year, and for all of their kind comments, something he’s noticed is becoming more and more common as people pass the boot drive.

“For some reason, in the last few years, people are saying, thank you for what you do,” said Fisher. “They drive into Elkwater, They come around the corner. We’re set up there. More and more people, when they see the booth, they know exactly what it’s for. They just drive up and say, yeah, good work, you guys. And here you go. Thank you.”