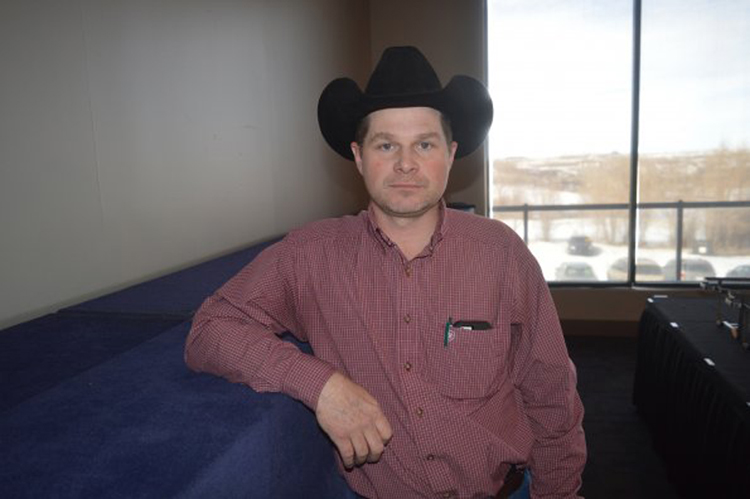 Alberta’s minister of justice announced the province’s seven-point plan for mitigating rural crime, as well as $10 million in funding to put it into action, on March 9.
Minister of Justice Kathleen Ganley, accompanied by Alberta RCMP deputy commissioner Todd Shean and Alberta Association of Municipal Districts and Counties vice president Kara Westerlund at the announcement, said the initiative is the result of listening to concerns of rural Albertans.
“Difficulties of policing in rural Alberta are particularly challenging,” she said.
“Our geographic spread means that criminals can target isolated properties without detection. It also means police have a large area to cover, which can affect response times.”
The $10 million earmarked for the plan will go toward hiring 39 new police officers, 40 civilian staff and eight to 10 prosecutors in rural areas.
“This money doesn’t just represent a budget and manpower increase,” said Ganley.
“It’s part of an overall plan to enable police to work more effectively and more strategically.”
Aaron Brower, a County of Forty Mile-based rancher, welcomed the announcement but suggested a more aggressive approach to law enforcement.
“You have to make the penalties tough enough to deter,” he said.
“The bottom line with anything — you can’t just slap them on the knuckles and let them back out.”
Brower himself has had cows stolen from his ranch in recent years, but by the time he noticed they were missing, it was too late to do anything.
The seven parts of the province’s initiative are:
— The formation of crime reduction units, which “will see specially-trained officers focus solely on bringing prolific offenders to justice,” the minister said;
— Focusing on specialized police intelligence to make it easier for different ministries, law enforcement bodies and community groups to co-ordinate;
— The establishment of a police support centre staffed by 23 civilian employees to handle records management and routine data entry, allowing police to focus on crime prevention;
— Putting $2 million of the $10 million towards hiring the eight to 10 new prosecutors and support staff;
— Encouraging more extensive co-ordination and information sharing with peace officers, such as Alberta Sheriffs, fish and wildlife enforcement, commercial vehicles and conservation officers;
— Implementing a public engagement and education strategy;
— Using technology like GPS trackers to target rural crime.
“This funding will enable us to greatly expand our crime-reduction efforts across Alberta, and strengthen our criminal intelligence program,” said Shean.
“I can assure you, if you are committing crime in Alberta, we will identify you and we will stop you.”
Westerlund said rural Albertans merit the same protections as those living in cities.
“Regardless of whether they live in urban or rural areas, all Albertans deserve to feel safe in their homes and workplaces,” she said.
Cypress-Medicine Hat MLA Drew Barnes claims the increase in rural crime over the past five years is a result of an economic downturn caused by “poor NDP management.”
He agrees with Brower that the government needs to crack down harder on rural criminals.
“We need to fix this problem with all the tools in the toolbox, not just the economy, but with creative penalties and more police as well,” said Barnes.