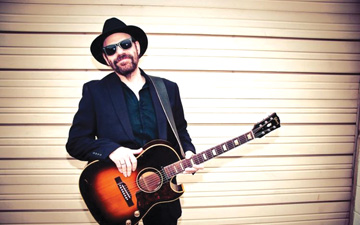 Submitted Photo Colin Linden is set to hit the Blues at the Bow stage this weekend.

Linden — who was born in Toronto and has been touted as, “a genuine renaissance man of roots music — is a member of the trio Blackie and the Rodeo Kings, a singer and songwriter, an in-demand and prolific record producer and musical director on the hit TV show “Nashville.” He has also been a guitarist for Bob Dylan, Bruce Cockburn, Emmylou Harris, Robert Plant and Alison Krauss. Linden also has a well-deserved reputation as a slide guitar virtuoso of true originality.

Over the years Linden has been awarded eight Juno Awards and multiple Maple Blues Awards.

Doors open at 7:30 p.m. Show starts at 8:30 p.m. Tickets for the show are available online at eventbrite.ca.